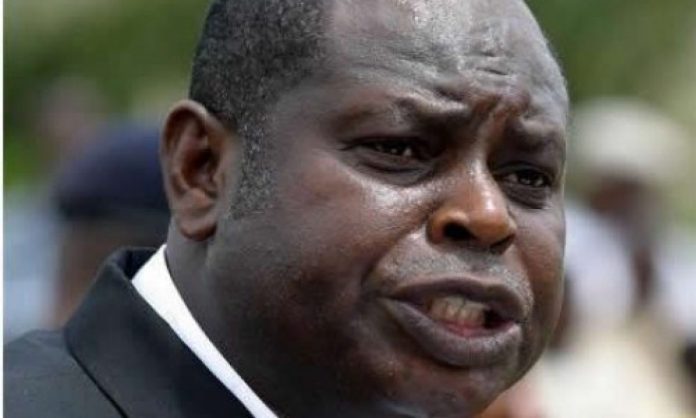 Today, November 16, 2020, is the anniversary of your 68th birthday and the day, we your beloved people of Bayelsa State are choked with emotions as we remember you not just as a Governor but a father and patriarchal figure. How sacred, how nolstagic, how foreboding. Alas, you are neither here to celebrate, as usual with us or lead us as we meander the paths for survival and group self actualization in the complex maze called Nigeria. Like the proverbial candle in the wind, four years ago, on October 10, 2015, you left us untimely, unexpected and unthinkably rushed to join the saints triumphant.

ALAMS, you were a man of many celerious parts and callings. A distinguished Air Force Officer who once adorned the Nigerian colours with greatest patriotic zeal and fervor. A thorough Administrator of our Oil and Gas assets at NAFCON. A financial guru, who repositioned the once prided, PABOD Finance Ltd – Old Rivers State’s ace holding conglomerate. A successful Businessman and Investor.

The best of you, like the best wine at the wedding feast at Cana, came towards your end. You yielded to the calls and cries of our people of the Ijaw Nation across the creeks and rivulets to lead the ‘the Glory of all Lands’, their own Jerusalem. You yielded an became the pioneer democratically elected Governor of Bayelsa State. Bayelsa was a late comer state in the Nigerian political constellation, with almost nothing on ground! Daunting but worthy challenge, wasn’t?

Like most great nation builders, you united the people to better appreciate one another and resonate our common Ijaw identity. From Ondo, through Edo and Delta over to Rivers and Akwa Ibom States, you animated our common ancestral credo and the spirit of peaceful coexistence with our neighbours. No wonder “Odidigborigbo” – James Ibori was like you younger sibling from same womb. At home in the state, you redrew the political architecture and added 24 Rural Development Areas, for political inclusion and participation of all.

DSP, Beyond that, realizing that, nation building is about raising men and women out of ignorance, you built and built schools, even the vintage Niger Delta University, School of Basic Studies, etc. Still on education, more than any other Nigerian Governor of your time and till date. You sent hundreds upon to the best of schools abroad; scholarships fully paid.

Big Bros, you acquired Gas Turbines and provided uninterrupted electricity for our people. You built up the Bayelsa Palms into modern agricultural estate. We had been shut out of the oil and gas on our land for nearly 40 years. But you came, fought and secured the Atalla Oil Fields – the first state in the Niger Delta yo do so.

ALAMCO, you conceptualized the three Senatorial Roads, each terminating on the shores of the Atlantic Ocean. You envisioned the Tower Hotel, which though continued by your successors remains odiously incomplete like a silhouette over the sky of Yenagoa. You even left the shores of Bayelsa to implant IZON WARI – Ijaw House, uniquely in the precincts of the choicest ‘Three Arms Zone’ of our national capital, Abuja. You erected the spacely Gloryland Court in Wuse 11, continues to house your children as they arrive and transit Abuja; even though some have overstayed. You acquired Old Chelsea Hotel, the only state government with an investment of it’s ilk at the time.

You were proudly Ijaw, committedly Niger Deltan and truly Nigerian. More than all your peers and contemporaries, you built bridges and tied knots of brotherhood and friendship across the country. Though you were celebrated popularly as Ganduwa Katsina, from east to west, north to south, you received the most vaunted of accolades and titles, all deserving of a separate reckoning.

Though nature endowed you with greatest of physical and comely attributes, you were dovely in conduct and humbly in disposition. You were fearless and lion hearted and strongly outspoken about convictions and ideals of fairness and justice. Per contra, you were softly in expressions and speech. Though your hours of travail and passion were excruciating and most debilitating, you were quick, with chidlike piety to forgive, forbear and move on. You were distinctly kind, generous, and perhaps even unintendedly indulgent.

Binaowei, be assured, that despite the antics of few sons of prediction, over 99.99% of Bayelsans, the Ijaw nation and Nigerians of goodwill and fair spirit cherish your memory. Don’t worry, we stand day by day with our Mother General, Margaret, Tombra, etc

Governor General, Olotu of Olotus, Igbirigbi keme, Kuro Keme. We sure that Bayelsans, especially our budding and energetic youth will not disappoint you today.

Continue to Rest in Peace! 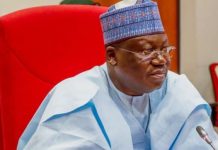 “Six Years Of Excuses, 22 Years Of Locusts”- Lawan And Gbajabiamia As Enemies Of Restructuring? By Martins Oloja

Lessons For Nigeria From EPL 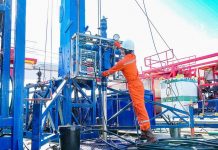 Petroleum Sector Reforms: Let’s Say No To The Cannibals