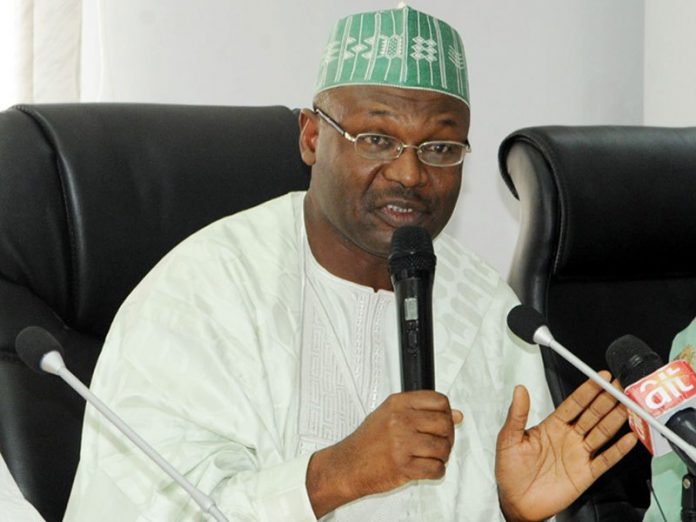 Let me join the Chairman of the Electoral Operations and Logistics Committee (EOLC) of the Commission, Professor Okechukwu Ibeanu, to warmly welcome you all to this meeting for the presentation of two important documents.

It will be recalled that INEC conducted the 2019 General Election comprising the Presidential and National Assembly elections on 23rd February 2019 and the Governorship, State Houses of Assembly and FCT Area Council elections on 9th March 2019.

The election, which was the sixth successive General Election since the transition to democracy on 29th May 1999, was the largest electoral exercise so far undertaken in the history of elections in Nigeria.

Following the conclusion of the election, the Commission constituted two Committees each headed by a National Commissioner.

The first Committee led by Barrister Festus Okoye, the Chairman of the Information and Voter Education Committee (IVEC), was saddled with the responsibility of producing the official account of the conduct of the 2019 General Election.

The second Committee chaired by Dr Muhammed Lecky, Chairman of the Planning, Monitoring and Strategy Committee (PMSC), was charged with the responsibility of producing a report on the review of the election based on the outcome of the Commission’s Retreats and Stakeholder Engagements held from 28th May to 12th July 2019.

On behalf of the Commission, let me thank the two Committees most sincerely for their efforts, the products of which we are today presenting to our stakeholders and the general public.

The Report of the 2019 General Election is presented in 13 Chapters covering the major issues associated with the conduct of the election.

These include the vision, mission, opportunities and challenges of the Commission upon its inauguration on 9th November 2015, the lessons learnt from the conduct of over 170 off-cycle governorship elections and bye-elections, the review of the 2012-2016 Strategic Plan (SP) and Strategic Programme of Action (SPA), the 2015 Election Project Plan (EPP) and the design, formulation and implementation of the 2017-2021 Strategic Plan, Strategic Programme of Action and the 2019 Election Project Plan.

Against this background, the report examines in detail the key activities, preparations and challenges associated with the conduct of the 2019 General Election ranging from registration of new political parties, conduct of continuous voter registration, monitoring of party primaries, candidate nomination process and party campaigns, the recruitment and training of ad-hoc staff and the accreditation of election observers and party agents.

The report also discussed the processes and procedures for the conduct of the General Election, including the deployment of personnel and materials, the operation of the Situation Room and Collation Centres and the organisation and management of the Counting, Collation and Declaration of results at National, State, LGA and Registration Area levels.

It also deals with pre-election and post-election litigations. The last section of the report focuses on the preparation and delivery of the election in the 36 States of the Federation and the FCT.

The concluding part of the report dwells on the critical issues and challenges associated with the preparation and conduct of the election, lessons learnt and specific recommendations for addressing them.

The Second report we are presenting today is the Review of the 2019 General Election based on the outcome of the Commission’s Retreats and Stakeholder Engagements.

It covers the outcome of internal debriefing meetings and external engagements with electoral stakeholders held from 28th May to 12th July 2019. The aim was to evaluate the Commission’s actions, processes, and procedures before, during and after the election.

While the internal review involved the Commission’s debriefing sessions with its Electoral Officers, Administrative Secretaries, Directing Staff and Resident Electoral Commissioners to critically appraise its performance in the conduct of the election, the engagement with external stakeholders involved meetings with leaders of political parties, members of the Inter-Agency Consultative Committee on Election Security (ICCES), Civil Society Organisations and the Media.

Consisting of a total of 12 engagements in six separate internal and external meetings, the review exercise enabled the Commission to listen to its officials, receive feedbacks from relevant stakeholders and learn vital lessons in the continuing effort to improve the conduct of elections in Nigeria.

Presented in 16 Chapters, the Report identifies the main issues discussed in the review exercise and provides a detailed assessment on the opportunities and challenges associated with each of the issues as well as actionable proposals for resolving them.

Although the Commission has undertaken such a review in the past, this is the first time that the report is published and disseminated with the public. It contains 180 recommendations that either require administrative action by the Commission or amendments to strengthen the existing electoral legal framework by the National Assembly.

Some of the recommendations that require administrative action by INEC are already being implemented resulting in improved management of the electoral process as seen in the recent off-cycle Governorship elections in Edo and Ondo States.

We are similarly engaging with the National Assembly on aspects of the recommendations that require legislative action.

The activities and engagements leading to the publication of the two reports would not have been possible without the full participation and continuous support of political parties, civil society organisations, the media and security agencies.

I wish to reassure you that such strategic engagement will be sustained. The Commission will also continue to work with all our partners to encourage inclusivity for marginalised groups such as Persons With Disability (PWDs), youths and women in the electoral process.

The Commission similarly appreciates the partnership of the European Centre for Electoral Support (ECES) and the International Foundation for Electoral Systems (IFES) for supporting the review of the 2019 General Election as well as the printing of the reports.

The two organisations, along with Friedrich-Ebert-Stiftung (FES), have also supported the Commission in other ways, including the printing of the Commission’s Policy on Conducting Elections in the Context of the COVID-19 Pandemic (2020), Voter Code of Conduct (2020) and Code of Conduct and Rules of Engagement for Security Personnel on Electoral Duty (2020) all of which have already been publicly disseminated.

The strength of any public institution lies in its ability to ask critical questions, review its processes, strengthen its procedures for better service delivery and engage with stakeholders.

It is my fervent hope that making the two reports public will promote a better understanding of the issues and challenges associated with the conduct of the 2019 General Election and serve as important resource materials for research and the promotion of a broader national discourse on the necessary reforms required for the continued delivery of peaceful, free, fair, credible, inclusive and safe elections in Nigeria.

I want to assure all Nigerians that the hard copies of the two reports will be widely disseminated while soft copies will be uploaded on our website on Monday next week.

I thank you all and God bless. 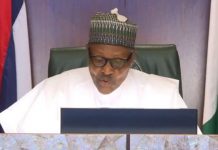 Address By President Muhammadu Buhari, On The Endsars Protests 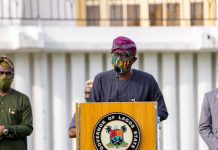 BEING THE TEXT OF A STATE-WIDE BROADCAST BY MR. BABAJIDE OLUSOLA SANWO-OLU, LAGOS STATE GOVERNOR 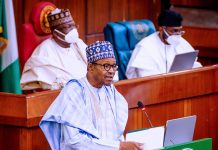