Nigerian forward Odion Ighalo has slammed Nigerian authorities over the shooting of #EndSARS protesters by soldiers in the Lekki area of Lagos State.

He condemned the shooting by the security operatives which led to the death and injury of several protesters on Tuesday evening at the Lekki toll gate.

“I am sad and heartbroken; I don’t know where to start from,” the Manchester United striker said in a Twitter video after the English Premier League side won their Champions League fixture against Paris Saint-Germain (PSG).

He added, “Today, October 20, 2020, you people will be remembered in history as the first government that sent the military to the city to start killing their own citizens.”

Ighalo, who says he is not the type that gets involved in politics, believes it will be a disservice for him to keep quiet on the shooting.

He took a swipe at the government for the incident, stressing that the people were tired of them and could not condone such a reckless act any longer.

The 31-year-old said, “I can’t keep quiet anymore on what is going on back home in Nigeria. I will say Nigerian government, you guys are a shame to the world for killing your own citizens; sending the military to the streets to kill unarmed protesters, it is uncalled for.

“I am ashamed of this government, we are tired of you guys, and we can’t take this anymore.”

He, therefore, called on the United Nations and the United Kingdom among others to intervene in the crisis in Nigeria.

Ighalo also urged them to help the poor Nigerians and caution the local authorities against “killing their own citizens”.

He appealed to the youths to, as much as they could, stay safe and steer clear of activities that could lead to a reoccurrence of the ugly incident. 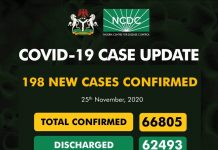 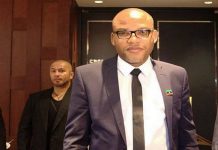