The confirmation of the nominee followed consideration of a report during plenary on the screening exercise conducted by the Senate Committee on INEC.

Chairman of the Committee, Senator Kabiru Ibrahim Gaya (APC – Kano South) in his presentation recalled that the request by President Muhammadu Buhari seeking Chukwu’s confirmation was made pursuant to the provision of Section 154(1) of the Constitution of the Federal Republic of Nigeria, 1999 (as amended).

According to the lawmaker, the Committee found the nominee suitable for the position of REC having made findings that no petition or incriminating reports was received against the nominee; the nominee is not affiliated to any political party or participated in any political rally or campaign; and the nominee is a person of integrity who displayed a high level of intelligence and appeared to have the temerity to hold the office of REC.

“Having studied the nominee’s curriculum vitae and other relevant documents in addition to exhaustive interaction and deliberations, the Committee members were unanimously satisfied with the nominee considering his wealth of experiences, exposure, performances, qualifications, competence and integrity as required by the Constitution, and found him suitable for appointment as Resident Electoral Commissioner (REC),” Gaya said. 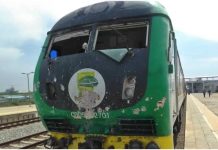