President of the Senate, Ahmad Lawan, has said Nigerians acted within their rights to protest the killings of, and brutality meted against citizens by men of the Special Anti-Robbery Squad (SARS) across the country.

Lawan stated this in his concluding remarks on a matter of personal explanation into the murder of Jimoh Isiaka by the Police, and attack on the Palace of Soun of Ogbomoso Land during the recent #EndSARS protest in some states across the country.

Senator Buhari Abdulfatai (APC – Oyo North), while coming under Order 43 of the Senate Standing Rules, noted with grief “the death of Jimoh Isiaka and several other promising youths, whose lives were cut short at their prime during the recent End SARs protest, which started on the 8th of October.”

According to the lawmaker, the right to peaceful assembly and free expression as a fundamental principle of any democracy, and enshrined in Section 40 of Nigeria Constitution 1999, guarantees the right of every Nigerian to peaceful protest.

Abdulfatai bemoaned the #EndSARS protest, which he said, snowballed into a confrontation between the security operatives and protesting youths in some parts of country such as Ogbomoso in Oyo State, where violence was recorded.

“For instance, the Nigeria Police were alleged to have injured seven (7) protesters and shot dead a young man known as Jimoh Isiaka, a Constituent of mine during the protest,” the lawmaker lamented.

He added that as a reaction to the death of Jimoh Isiaka, the palace of the Paramount Ruler of the city, the Soun of Ogbomoso land, was attacked by the protesters who destroyed properties and vehicles, with some palace officials sustaining injuries.

The Senate President while commenting on the development which was sparked by SARS brutality against Nigerians, described previous conduct of the Special Anti-Robbery Squad as “unacceptable”.

“SARS was funded by public funds and the entire essence of having the Nigeria Police Force is to ensure that there is law and order, and that there is security for our people.

“When SARS turned against the people, it was right for the people to protest peacefully,” Lawan said.

The Senate President also commended President Muhammadu Buhari for promising to bring to justice all those involved in perpetrating various atrocities against Nigerians.

He therefore prevailed on Nigerians to suspend the #EndSARS protest, particularly in view of the recent disbandment of the police unit by the Inspector General of Police, Mohammed Adamu.

Lawan assured that those found culpable of Police brutality against Nigerians would be brought to face the weight of the law.

“I think the protest has yielded the desired result so far, and there may not be need to continue to have protests again when SARS has be disbanded.

“Those culprits who were involved in the killing and maiming of Nigerians will be brought to book.

“I think we should give the government the chance to implement those reforms as quickly as possible”, the Senate President appealed.

Meanwhile, Senator representing Imo West Senatorial District on the platform of the All Progressives Congress (APC) in the National Assembly, Rochas Okorocha, on Tuesday during plenary kicked against the arrest and detention of #EndSARS protesters across the country by the Police.

Rising under Order 43 of the Senate Standing Rule, the lawmaker drew the attention of the Senate to the #EndSARS protest across the nation.

He stressed the need for those arrested during the protest to be released from detention unconditionally by the Police so as to calm frayed nerves.

Okorocha called on the Federal Government to prosecute police officers who went out of the rules of engagement to harm Nigerians during the protests. 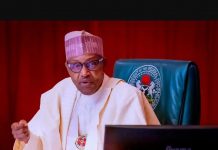 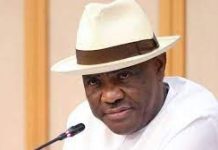