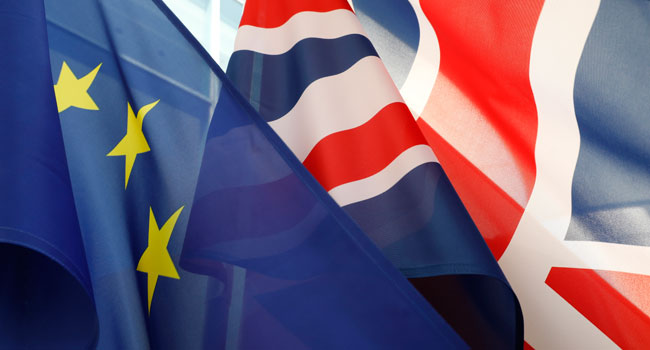 Senior EU and British officials will meet urgently next week on the Brexit withdrawal agreement, which has been threatened by London’s attempt to override parts of the treaty, Brussels said Tuesday.

“But please, dear friends in London: Stop the games. Time is running out,” Germany’s European affairs minister Michael Roth warned as he met colleagues in Brussels ahead of a summit of EU leaders on Thursday.

EU Commission vice-president Maros Sefcovic said he would meet senior British minister Michel Gove in Brussels on Monday, just ahead of Brussels’ end-of-the-month deadline for London to drop a bill designed to rewrite the deal.

Prime Minister Boris Johnson’s government is pushing ahead with legislation designed to override parts of the treaty, an act which it admits breaks international law, and Brussels is furiously defending the deal.

“The so-called Internal Market Bill worries us extremely, because it violates the guiding principles of the withdrawal agreement, and this is totally unacceptable for us,” Roth said.

Sefcovic said he would meet Gove as joint chair of the EU-UK Joint Coordination Committee overseeing the divorce agreement.

However, “we will not be renegotiating, but we are dedicated to its full and timely implementation — nothing more and nothing less.”

In parallel to the wrangling over the existing agreement, which Johnson signed last year and hailed as an “oven-ready” deal to get Britain out of Europe, EU and UK teams are negotiating a possible trade deal.

The EU leaders meeting Thursday will receive a “point of information” on progress in these talks, but for the moment have left the protracted debate in the hands of their negotiator, Michel Barnier.

The next round of trade talks begin on October 2 in Brussels. Johnson has set a mid-October deadline for success or failure, and EU officials say the deal must be done by the end of the month if it is to pass into law by the end of the year.

Britain left the European Union on January 31, and will leave the bloc’s single market and customs union at the end of the year. Experts fear economic chaos if no new trade deal can be agreed by then.

But the two sides are still divided on rules for a “level-playing field” of fair competition between companies, on state aid or subsidies for EU and UK firms and on access for EU boats to British fishing waters.

And the dispute about the withdrawal agreement has thrown a new spanner in the works. Johnson’s decision to use domestic law to overwrite parts the treaty with the EU has infuriated Brussels.