Nigeria spent N15 trillion to subsidise fuel and dollars between 2006 and 2020, some of which went into private pockets, which explained why fuel subsidy was removed, Group Managing Director (GMD), Nigerian National Petroleum Corporation, Mele Kyari, has said.

He said N10 trillion was spent on fuel subsidy between 2006 and 2020 without significant benefit to the masses, marketers were smuggling subsidised petrol to neighbouring countries to make more profit, as others faked documents to collect subsidy for fuel they never imported, hence federal government removed subsidy on petrol because subsidy regime was characterised with fraud by some cabals.

Speaking in a Hausa Radio programme monitored by Blueprint Correspondent in Kaduna on Sunday, Kyari said the fuel subsidy was the root of all the atrocities and frauds in the oil sector, adding that the government removed the subsidy with a plan to reinvest on projects that will have direct impact on the masses.

“Crude oil is a global commodity and its price is not hidden. But, since the inception of the country, the government has been paying subsidy on petrol to make it cheaper for Nigerians to buy below the cost price. This subsidy is designed to assist the masses of Nigeria, but in reality, the masses are not the beneficiaries. The masses are not owning the filling stations and doing oil business.

“If you look at it from 2006 till 2020, we have spent over N10 trillion on fuel subsidy. Apart from that, there is also subsidy on foreign currencies, everybody knows how much is dollar in the market, but the government is also subsidising it. So, this and the fuel subsidy within this period is around 14 to 15 trillion naira.

“It was not the masses of Nigeria that were enjoying this subsidy, except some cabals, who are rich and powerful, they were enriching themselves with the subsidy money at the detriment of the masses who were the primary target of the subsidy. The masses are only enjoying the subsidy when it comes to the effects on cost of transportation, and we are going to do something about this.

“What we have seen in the last five years, has shown that, if we have just and trusted leaders, that money can be judiciously utilised to the benefit of the masses. What the government is trying to do is to withdraw this subsidy and take it to where the Nigeria masses will feel the impact, by building hospitals, schools, roads, industries and so on, where people can see physically what the money is being used for.

“From this money, Nigeria has been able to pay workers salaries without retrenching despite the effects of the Covid-19 on the global economy. In the whole of West Africa, it is only Nigeria that didn’t retrench workers as a result of Covid-19 pandemic. Apart from that, part of the money will be used to support farmers and other business,” Kyari said.
Speaking on the Ajaokuta, Kaduna, Kano gas pipeline project, the NNPC GMD said, Nigeria has more gas deposit than oil, hence the need to convert the gas across the country to power He said since gas is cheaper than fuel, government decided to extend gas supply to the North, to ensure revival of the moribund factories like the textile industry which collapsed due to lack of power.

According to him, “if we don’t extend gas to the North, this challenge of collapse of industry will continue to worsen. Those industries could not have survived running on diesel. So, when completed, it will bring back the factories, because we are going to build power plants in Abuja, Kaduna and Kano. This will create employment and address poverty in the region.” 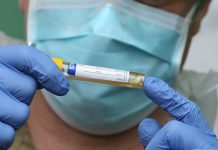 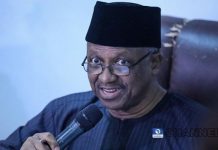 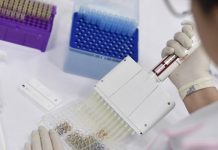