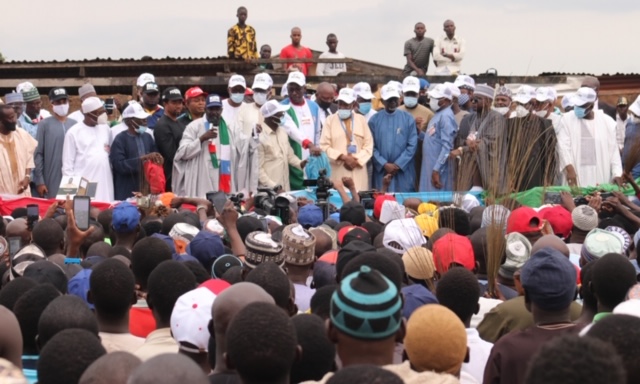 The All Progressive Congress in Edo State has raised the alarm over the entrance of thugs into Benin City yesterday night and the further recruitment of thugs loyal to Edo State governor, Godwin Obaseki and the People’s Democratic Party (PDP) in Delta state, stating that the latest recruitment occurred in Warri.
This was revealed in a statement by the chairman of the Edo APC Media Campaign Council, Mr. John Mayaki, who said that the thugs gained entrance into Benin and that even more are geared to arrive Benin Thursday evening.
He disclosed, “One of my good sources in Delta called me and was telling me that our election will be “bloody”. He told me thugs in Delta are currently mobilising. He has some of them in his contact and he Obaseki is looking for more thugs. Some of them have already taken off from Warri yesterday and more will be leaving there this morning. These are people that were given clear instruction on what to do once they enter Edo. They will lie low and perpetrate some kidnaps then unleash on Saturday morning.”
On the direness of the situation, Mayaki predicted that “the security agencies that have been deployed into the state and the resilience of our people will nullify all the thugs that the governor is bringing in. People are so tired of Obaseki that they actually believe that the governor’s second term is non-negotiable in that it must not be. Second term with the man is as good as packing out of Edo. His governance is like giving gun to a baby to play with so people will come out to collect the power of Edo State from him.”