Suga, who won a resounding victory in the LDP leadership race on Monday, was approved by both chambers of the parliament which is controlled by the LDP and junior coalition partner Komeito.

The new premier is now facing the immediate challenge of tackling the Covid-19 pandemic at home and a battered economy.

The 71-year-old, who has pledged to continue predecessor Shinzo Abe’s policies, is set to form a new cabinet later in the day, and will reportedly reappoint many of the existing members such as Finance Minister Taro Aso and Foreign Minister Toshimitsu Motegi.

“I will create a cabinet that works for the people,” Suga said.

Suga, who served as chief cabinet secretary after Abe took office in late 2012, has said that the virus represented an “unprecedented national crisis.”

He vowed to prevent the further spread of the coronavirus while protecting jobs and restoring the economy, which has been hard hit by the pandemic.

Japan has so far confirmed more than 77,000 coronavirus infections and about 1,480 Covid-19-related deaths.

Some experts and opposition lawmakers criticized Abe’s government for limiting tests and urged Suga to ramp up testing capacities.

Rocked by the pandemic and a consumption tax increase last year, the economy shrank a record annualized 28.1 per cent in the April-to-June period, marking the third straight quarterly contraction.

Suga, who has no economic background, promised to continue supporting the former premier’s “Abenomics” economic policy, which is based on the “three arrows” of fiscal stimulus, monetary easing and structural reforms.

The new prime minister has yet to propose any major new ideas to help the economy.

In late August, Abe announced that he was stepping down after he was diagnosed with a recurrence of an intestinal illness called ulcerative colitis.

In July 2007, the disease forced Abe to abruptly quit as prime minister only one year into the job. 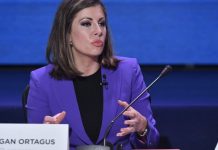 US Imposes Visa Ban On Some Nigerians Over Edo, Ondo Guber Polls