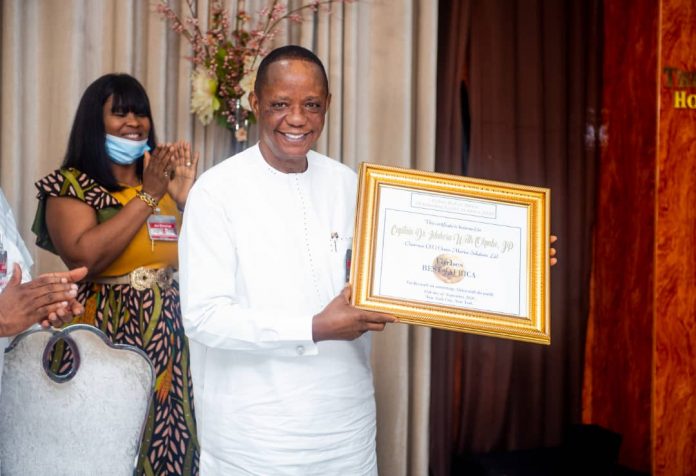 Forbes’ “Best of Africa” award conferred on business mogul, chairman and director of many topnotch companies, including Ocean Marine Solution Limited (OMSL), Captain Idahosa Wells Okunbo (Capt. ‘Hosa, for short) on Friday, September 11, 2020, was very inspirational. It has compelled an obligatory task of reviewing his fascinating trajectory and revisiting the question of his identity.

Long before the current jejune effort, especially by his traducers, to rewrite his story in a series of articles and social media posts, he had consciously defined the shape and texture of his future with the magnitude of his ethical values of integrity, and commitment to ideals-strong enough to ward off the revisionists, like water on the back of a duck.

And, bolstered by a disciplined upbringing, he has been able to sustain fidelity to noble principles, navigating a breathtaking path that has consistently guided him through successive voyages. Today, with inexplicable boldness, a testament to his can-do spirit that had propelled him to retire as a commercial pilot at the age of 30, way back in 1988, after logging about 7000 hours of flight time, in order to explore the business world as an investor and entrepreneur, the Benin-born billionaire has finally unraveled as his (own) prophet. He has, indeed, come full circle.

The decision to quit at the time he did marked the end of an era of doing exploits with the winged metallic birds in the air, and the dawn of a new era in the task of building on the identity that he personally constructed for himself as a dedicated pilot, who can modestly be said to have conquered the air with his phenomenal outings, spanning about nine years.  He had actually graduated as a professional commercial pilot in 1979, at the age of 21, from the Nigerian Civil Aviation Training Centre, Zaria, an institution remarkable for training most Nigerian pilots.

Since his immersion in business, he has continued to define and redefine his constructed identity as circumscribed within the context of his essential business interests, and moral obligations. His superintendence over OMSL, for instance, is reflective of his can-do spirit and integrity in business where today, he has conquered the sea, with a fleet of no fewer than 50 vessels. He has also extended that identity of integrity, uncommon value addition, et cetera, to his multimillion-dollar greenhouse farm in Benin, and other businesses that straddle marine security, marine logistics, property and real estate, hotel and hospitality, aviation, entertainment, power, telecommunications, agriculture, and much else.

His dealings have been tempered and mediated by his identity, and this has accounted largely for his mantra of uncommon value addition in business, integrity in his interactions and non-negotiable exertions towards the preservation of his name.  His traducers have always targeted his much-valued name, pulling all manner of propaganda stunts to negatively portray his immaculate identity and mischaracterize his persona.

It is significant to note that, whereas identity is both foundational and super-structural in the conception, perception, validation and appreciation of the essence of Capt. ‘Hosa’s persona, he has providentially done so much to nurture it into a veritable social and moral capital bank, from where he consistently draws to sustain a robust, trustworthy and honest socio-economic interactions.

And in the alchemy of values, his social interactions with many who have encountered him, and his spiritually-driven compassionate connection with many others, whose existential needs he continually ministers to, as the Almighty God lays it in his heart of gold, have become a way of life. Thus, in appreciating the Capt. ‘Hosa identity, I am reconstructing, from my personal experience with and knowledge of him, an identity that those in the other camps have assailed with all manner of innuendoes, direct assaults, and insults, malicious claims, and outright mendacities, but which has remained attractive and has continued to be recognized both locally and globally.

But just before the Forbes award which recognizes outstanding leaders on the African continent, he was, last month, awarded the Anti-Human Trafficking Hero for the year 2020, on account of his solid contributions and support for the National Agency for the Prohibition of Trafficking in Persons (NAPTIP), in the pursuit and realization of its key mandate of stopping human trafficking in Nigeria.

He also has so many other awards from various appreciative organisations, individuals and governments in his kitty. A quick recap: Justice of the Peace; an honorary doctorate degree by the University of Benin; the African Titan award by the American Congress for being a voice for the Niger Delta people through his movie – “Black November”; Vanguard Businessman of the Year 2016 award; and, the Order of Lafayette award conferred at the 2019 United Nations Day for Global Peace in Geneva, Switzerland, among others.

It is a question of identity that in spite of his great accomplishments, his great influence and humongous wealth from which he funds his eleemosynary acts, he remains very humble.  Apart from business wherein he is always single-minded, ambitious and daring, he spurns ambition in so many other areas, especially politics. Unfortunately, politics has provided the gung-ho footing for his traducers, and those in the other camp to throw tantrums, stones and all at him. They thought he was interested in seeking the office of governor in Edo State. How far wrong they were! Regardless, they have erected a propaganda machine against him for supporting a candidate in the September 19 governorship poll.

But for the imperative to defend and preserve his identity from the political hawks, he would have remained his unobtrusive, taciturn self, entrenched in businesses, far flung from political shenanigans.  His self-effacing mien, and equanimity would not have been violated by the raucous malicious claims against him even if they have been coming in fits. The fact remains that he has no political ambition.

Even in business, whereas the primary motive is to make money and build on it, whereas, so many find it difficult to give back to society, Capt. ‘Hosa has continued to live a life of philanthropic service to man and thanksgiving to God. That is his ambition: to build society and be a role model to the youths. On these scores, he has kept fidelity to promises. His word is his bond.  Once, he gives his word to do a thing (favour), from my personal knowledge and experience, I have not had cause to remind him. He has always been on top of the situations. That is his flagship identity: integrity. There is truthfulness.  There is reliability.  There is compassion, but certainly no misplaced ambition.

He did not fall into the error of jumping on the bandwagon of Edo governorship politics as an aspirant despite overtures made to him and the pressure on him. Attempts to malign and savage him would have been much more intense.  Capt. ‘Hosa understands his identity. As the ancient Greek philosopher, Protagoras, once said: “Man is a measure of all things.” This encapsulates the Capt. ‘Hosa persona. And the intervention by Alexander Pope remains quite instructive: “Know then thyself, presume not God to scan; the proper study of mankind is man.”

When Pope was presenting man’s position in the universal scheme of things, through his eternal lines, which indeed constituted the beginning of his Epistle II of his essay on Man, little did he know that the lines would be reinforced today to serve as a context for obligatory resolution of the question of Capt. ‘Hosa’s identity, which remains immutable in the shaping of his values, beliefs, practices and knowledge of things influenced both by cultural systems and by individual actions around his world.

Indeed, for Capt. ‘Hosa, an identity of his had long been constructed, which is being daily minded, through the prisms of personal and other people’s perceptions of the self in a changing world. In reconstructing his unfairly portrayed identity by some promoters of political shenanigans, my verdict is that he remains true to his principles, loyal to friendship and compassionate to all that know him. Because his identity is birthed in integrity, it will long endure and transcend the onslaught of ill-bred traducers. The only thing that has justifiably changed about him though is his frequent presence in the media space: to preserve his identity, lest the falsehoods are perceived to be the truths, if unchallenged. 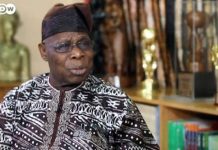 Oghiadomhe Congratulates Obaseki On His Re-Election