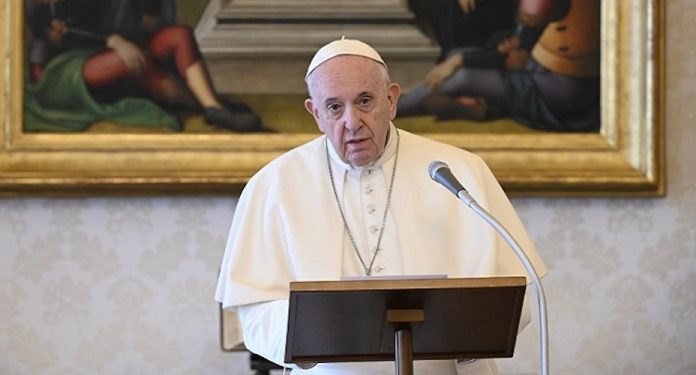 The first anniversary of the visit of the Holy Father, Pope Francis to Africa, will be celebrated from 4-10 September 2020. The acclaimed trip of the three “M’s”: Mozambique, Madagascar and Mauritius was the 31st apostolic journey of Pope Francis and the third to Africa.
Although the visit took place in the cities of Maputo, Antananarivo and Port Louis, Pope Francis was visiting Africa and its Islands, not just the three cities. That is why, in the video message he sent days before the visit he said: “I look forward to meeting you…. I extend this invitation to all of you to join in my prayer that God may consolidate fraternal reconciliation in Mozambique and in the whole of Africa…”[1].
Interestingly, three words symbolized Pope Francis’ apostolic journey: Peace, Hope and Reconciliation. In fact, in Mozambique the motto was: “Hope, Peace and Reconciliation”, in Madagascar it was: “Sower of Peace and Hope” and in Mauritius it was: “Pilgrim of Peace”. These three words sum up the hunger not only of these three countries, but of the whole of Africa and its Islands. So Pope Francis came to Africa as a messenger of hope, as he himself said: “The Christian Message must be hope for the peoples of Africa”[2]. “ I go to Africa as a messenger of peace and reconciliation”.[3]
AFRICA IN NEED OF PEACE AND BREAD
Pope Francis has rightly noted that: “Today’s Africa has been compared to the man who went down from Jerusalem to Jericho and fell into the hands of the bandits, who stripped him, beat him and left him half dead (cf. Lk 10:30-37). In the face of the despair
1

of the poor, the frustration of the young, the cry of pain of the elderly and the suffering, the Gospel of Jesus Christ, transmitted and lived, translates into experiences of hope, peace, joy, harmony, love and unity”.[4]
Yes, this suffering Africa, needed then, and still needs today this “Messenger of Hope”. During the stay of the Holy Father on African soil, he left three paths so that in Africa and its Islands the hope of true peace, true reconciliation and an integral progress of its peoples may become a reality:
NO TO VIOLENCE AND YES TO PEACE
For Pope Francis, everything is lost with war and everything is gained with peace. He said: “With war, many men, women and children suffer because they have no home to live in, no food, no schools to educate themselves, hospitals to treat their health, Churches to meet for prayer and fields to employ the labour force. Many thousands of people are forced to move in search of security and the means to survive (…) No to violence and yes to peace![5]
Therefore, “the search for lasting peace – a mission that involves
everyone – a mission that requires hard, constant and unrelenting
work”, because peace is “like a fragile flower that seeks to blossom
among the stones of violence it is urgent.”[6] For him, peace is not
only the absence of war, but the tireless commitment – especially
of those in a position of greater responsibility – to recognize,
guarantee and concretely rebuild the dignity, so often forgotten or
ignored, of our brothers and sisters, so that they can feel that they
are the main protagonists of the destiny of their nation and
[7]
The culture of peace makes reconciliation possible. It is “a constant process in which every new generation is involved”[8], and where there is openness to true encounter recognition of each the other, strengthening of ties and building bridges.
Pope Francis insisted that in order to make reconciliation possible it is necessary to overcome times of division and violence, of
continent.
2

xenophobia and tribalism. In this connection, we need to take up the challenge of welcoming and protecting migrants who arrive in search of work and in search of better living conditions for their families [9], of defending the ecumenical and interreligious meetings and finding ways to promote collaboration among all – Christians, traditional religions, Muslims – for a better future for Africa. Yes, it is possible to achieve a stable peace on the basis of the conviction that “diversity is beautiful when it accepts to constantly enter into a process of reconciliation until it seals a kind of cultural pact which brings about a reconciled diversity”.[10]
FIGHTING POVERTY
Africa is a continent of contrasts: a rich land yet with so much poverty – “full of natural and cultural riches, but paradoxically with a huge amount of its population below the poverty level”.[11] Pope Benedict XVI once said the same thing: “God has provided Africa with important natural resources. Seeing the chronic poverty of its people, victims of exploitation and local and foreign prevarications, the human conscience is shocked by the opulence of some groups”.[12]
For Pope Francis, the way out of this poverty is a greater effort in the fight against corruption which drags the population into a spiral of poverty from which it is difficult to escape. “I encourage you to fight vigorously and decisively against all endemic forms of corruption and speculation, which increases social disparity, and to confront situations of great precariousness and exclusion which always generate conditions of inhuman poverty. Hence the need to establish all the structural mediations that can guarantee a better distribution of income and the integral promotion of all inhabitants, especially the poorest. Such promotion cannot be limited to mere assistance, but requires their recognition as legal subjects called upon to participate fully in the construction of their future (cf. Francis, Apostolic Exhortation Evangelii Gaudium, 204-205)”.[13]
CARE FOR THE COMMON HOME
Africa is blessed with stupendous natural beauty: forests and rivers, valleys and mountains and so many beautiful beaches; rich
3

in plant and animal biodiversity. Yet this wealth, says Pope Francis, is particularly threatened by excessive deforestation for the benefit of the few and its degradation compromises the future of the continent and our Common Home.[14] “As is well known, the forests that still exist are threatened by fires, poaching and the unbridled cutting of precious woods. Plant and animal biodiversity is in danger because of smuggling and illegal exports” and “the consequences of ecological meltdown are devastating”.[15]
Therefore, “We have a challenge, said Pope Francis, to protect our Common Home” [16]. The defence of the land “is also the defence of life, which demands special attention when one sees a tendency to plunder and despoliation, guided by a craving for accumulation which, in general, is not cultivated even by the people who inhabit these lands, nor is it motivated by the common good of your people”.[17] There can be no real ecological approach or concrete action to safeguard the environment without social justice that guarantees the right to the common destiny of the goods of the earth for present but also future generations.[18]
Moreover, we know that one cannot speak of integral development without paying attention and taking care of our Common Home. It is not just a question of finding the tools to preserve natural resources, but of seeking “integral solutions that consider the interactions of natural systems with each other and with social systems. For there are not two separate crises: one environmental and one social; but a single, complex socio-environmental crisis”. (Papa Francisco, Carta enc. Laudato si’, 139).[19]
UNITY OF THE THREE PATHS
These three paths are inseparable if the hope for true peace, reconciliation and integral progress of the African peoples and those of their Islands is to become a reality. Indeed, says Pope Francis, “we must not lose sight of the fact that, without equal opportunities, the various forms of aggression and war will find fertile ground which will sooner or later cause the explosion. When society abandons a part of itself on the periphery, there are no political programmes, no forces of law and order and no secret
4

services that can guarantee peace indefinitely”.[20] A culture of peace implies a productive, sustainable and inclusive development, where everyone can feel that this country/continent is theirs, and in which they can establish relationships of fraternity and equity with their neighbour and with everything around them.[21]
For this reason, the Pope calls for the development of a people- oriented economic policy which is capable of promoting a better distribution of income, the creation of job opportunities and the integral promotion of the poorest (cf. Evangelii Gaudium, 204). It is a question of continuing with that constructive attitude which encourages an integral ecological conversion. Such conversion not only aims to avoid tremendous climatic events or major natural disasters, but also seeks to promote a change in lifestyles so that economic growth can truly benefit everyone, without the risk of causing ecological disasters or serious social crises.[22]
ROLE OF THE AFRICAN CHURCH
In his speeches to the political authorities, Pope Francis almost always ended by saying: “I wish to reaffirm the willingness and readiness of the Catholic Church, in a permanent dialogue with Christians of other faiths, with members of different religions and with all the actors of civil society, to contribute to the advent of a true fraternity which promotes integral human development so that no one is excluded”.[23]
And speaking to the Pastors, Pope Francis stressed: “Sower of peace and hope”, the theme chosen for his visit, but which he also said echos the mission entrusted to us. “We are indeed sowers, and he who sows does so in hope; he does so counting on his personal effort and commitment, but knowing that there are many factors that must contribute so that the seed may germinate, grow, become an ear and, finally, abundant grain”.[24]
For the Holy Father said, all bishops, including himself are called, like the sower, to sow the seeds of faith and hope on this earth. Religion can no longer be said to be limited to the private sphere, which serves only to prepare souls for heaven. We know that God
5

desires the happiness of his children on this earth too, even though they are called to eternal fullness, because he created all things “for our benefit” (1 Tim 6:17), so that all may enjoy them. In an address to the Bishops of Madagascar, he asked: “Can a pastor worthy of the name remain indifferent to the challenges faced by his compatriots of all social categories, regardless of their religious affiliation? Can a pastor according to the style of Jesus be indifferent to the lives entrusted to him?”[25]
CONCLUSION
A year has passed since the memorable visit of Pope Francis to Africa. Indeed, the warmth of his presence and the richness of his messages are still felt by good-hearted people. Nevertheless, brutal acts of violence are still being witnessed in different African countries, including one of those the Holy Father visited last year (Mozambique). And there is little or no sign towards peaceful or harmonious co-existence, unity, food security, clean environment in most parts of continent and the islands.
In an address to the people of the country on the occasion of the first anniversary of the historic visit, the Bishops of Mozambique said: “The Holy Father has left us a message of encouragement, animation and guidance for our present situation. This message requires of us a strong, continuous and renewed commitment towards its realisation”.
Therefore, we hereby repeat the call of Pope Francis that; all of us must continuously say ‘no to violence and yes to peace’; all must join hands to end poverty and all must be actively involved in caring for our common home.
We thank Pope Francis, messenger of hope, herald of peace and advocate of reconciliation.
Fr. Rafael Simbine Junior, Deputy Secretary-General and Coordinator of the SECAM Evangelization Commission 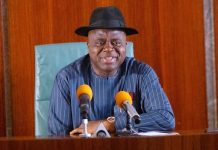 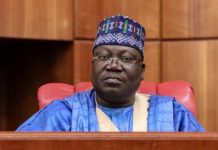 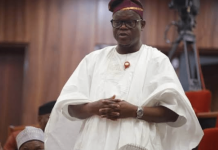