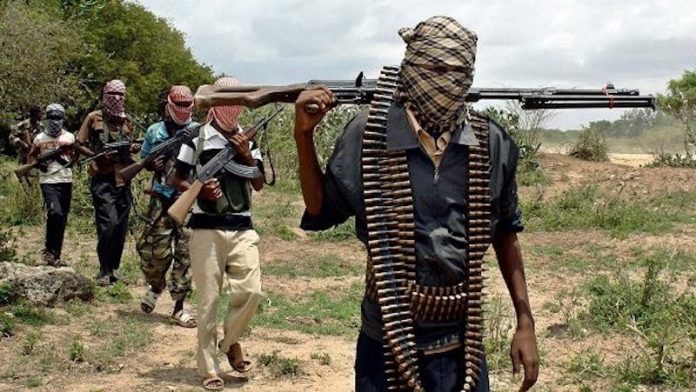 The Chairman of the council, Dr. Elias Manza, confirmed the development to THISDAY, saying 19 corpses were recovered after the attacks.

The attacks took place despite the 24-hour curfew imposed by the Kaduna State government on Zangon Kataf, Kauru, Jama’a and Kaura LGAs to stop persistent attacks, which have led to killings and destruction of property.

Many others were said to have sustained serious injuries and were rushed to the hospital.

Sources said besides the killings, the bandits, said to be Fulani herdsmen also burnt several houses.

Those killed were said to be mainly women and children who were either shot or slaughtered.

He said the attacks started by 11 pm on Wednesday and lasted till about 4 am without any help from security agencies.

“Information available to me showed that a total of 33 people were killed.

He said those killed were mostly women and children who were either shot or slaughtered.

He said: “The Fulani herdsmen were on a rampage, they went from village to village, unchallenged by the soldiers and policemen deployed to enforce the 24-hour curfew imposed on our communities about two months ago.

“The herdsmen don’t obey the curfew, the curfew has emboldened them to invade our villages and kill people; the government must adopt a new strategy to stop the killings. This curfew is not working, it is causing serious pains”.

Spokesman of the Kaduna State Police Command did not respond to a text message sent to his mobile phone for a reaction to the incident.

But the Southern Kaduna Peoples Union has, however, condemned the latest killings.

In a statement issued by the spokesman of the group, Mr. Luka Binniyat, the group said “33 Atyap natives” were killed “under the rigidly imposed curfew” by the Kaduna State government

He said communities in the area had been “shut down with fierce armed military men patrolling and enforcing the 24 hours curfew” noting that “when the gunmen struck, they were not on the ground.”

The statement said “Last night, (Wednesday) around 11 pm, trucks loads of armed Fulani militia made their way through military checkpoints under the curfew and stormed Apiashyim and Kibori village”.

Manza said three corpses were recovered in Kurmin Masara, six in Apyia Shyam (Asha a Wuce) and 10 in Takmawai where the destruction of property was massive.

In another development, some aggrieved youths yesterday staged a protest over renewed bandits’ attacks on Sanawa and Dogon Ruwa villages in Mekera ward of Dutsin-ma Local Government Area of Katsina State.

The protesters, who barricaded the ever-busy Zankara–Katsina highway at Turare town lamented the worsening security situation in the area and other villages in the state.

The angry youths, armed with placards and green leaves while chanting different war songs, warning that they would soon be left with no option than to take their destiny in their hands if the government failed to rescue the area from bandits.

One of the protesters, who craved anonymity, told THISDAY in a telephone interview that the protest was triggered by the fresh onslaughts on Sanawa and Dogon Ruwa villages by the bandits on Wednesday night.

He lamented that the marauding bandits during the invasion rustled all cattle and carted away an unspecified number of sheep belonging to residents of the affected communities.

According to him, residents of the affected villages who survived the deadly attacks have since fled to Dutsin-ma, the headquarters of Dutsin-ma Local Government Area for safety.

The source said that both federal and state governments have failed to tackle the deteriorating security challenges bedeviling communities in Dutsin-ma Local Government Area.