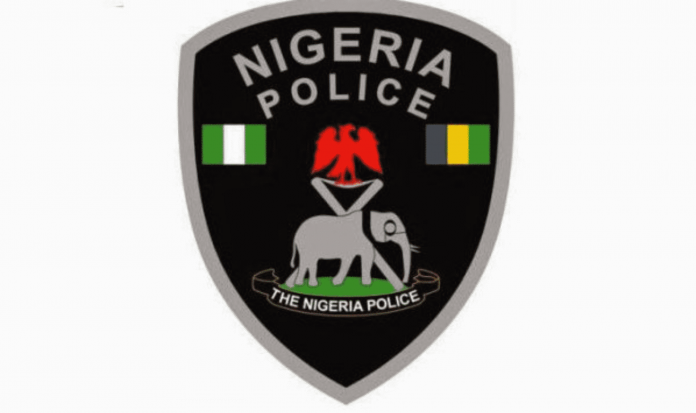 The Edo State Police Command has arrested seven pro-Obaseki thugs involved in the siege laid at the Edo Assembly complex on Thursday to prevent the majority of elected members, who have since impeached the former Speaker and replaced him with Rt. Hon. Victor Edoror, from sitting in the complex.
The arrest was made yesterday when the Police responded to an emergency call from 17 elected members of the Edo Assembly who came under attack by thugs reportedly directed by the Governor, Mr. Godwin Obaseki, to prevent plenary from holding at the Complex.
The thugs identified as Festus Agbonrenren (25 years), Odion Osayande (23 years), Ogbeiwe Wilfred (52 years), Morgan Uwaigboe (47 years), Osayomore Salami (25 years), Ifeoluwa Oladele (36 years), and Iginobaro Collins (26 years) were arrested with five double-barrel long guns, two single barrel long guns, and ten live cartridges within the premises of the Assembly complex.
Sources have confirmed that the arrested thugs have all confessed that they were mobilized by the Special Adviser to Governor Obaseki on Political Matters, Edo South, Mr. Osaigbovo Iyoha, and his Special Adviser on Parliamentary Issues, Mr. Kabiru Adjoto.
Governor Obaseki made an appearance at the Assembly Complex on Thursday to offer a robust defense of the actions of the thugs and the destruction of parts of the Assembly complex under the guise of ‘renovation’, although he failed to answer questions from journalists who sought an explanation on how an Assembly of 24 elected members could be formed and presided over by 7 lawmakers purportedly loyal to the Governor.
Meanwhile, an activist group in Edo State, Democracy For All, has condemned the actions of the Governor and demanded an immediate prosecution of the arrested thugs and their sponsors.
In a statement released on Friday morning, the group denounced the invasion of the Assembly Complex as an ‘egregious crime and affront on the constitution and the rule of law’, insisting that the arrested thugs, who have confessed their ties to the Edo State Governor, must be made to face the wrath of the law alongside their accomplice no matter how highly-placed.
Its statement read in part: “It is a shame that in Edo State today that we have a Governor who is insisting that a House of 24 members should be led and constituted only by 7 members. And to sustain this illegality, he has turned to violence, vandalism, and dark politics.”
“While we thought our democracy has evolved and left certain ugly trends behind, Governor Godwin Obaseki, by his actions on Thursday, set us back many years with his flagrant abuse of office, violation of the integrity and expected character of his esteemed position, and the promotion of violence and illegality.”
“Our first demand goes to the Police and it is to immediately commence processes for the prosecution of the arrested thugs and their direct sponsors, Mr. Osaigbovo Iyoha and Mr. Kabiru Adjoto.”
“Their prosecution will signal to the world that Nigeria is neither home to criminality nor a jungle where appointees of government can break the law at will and threaten law and order through the sponsorship of thuggery, violence, and unfortunate contribution to arms proliferation.”