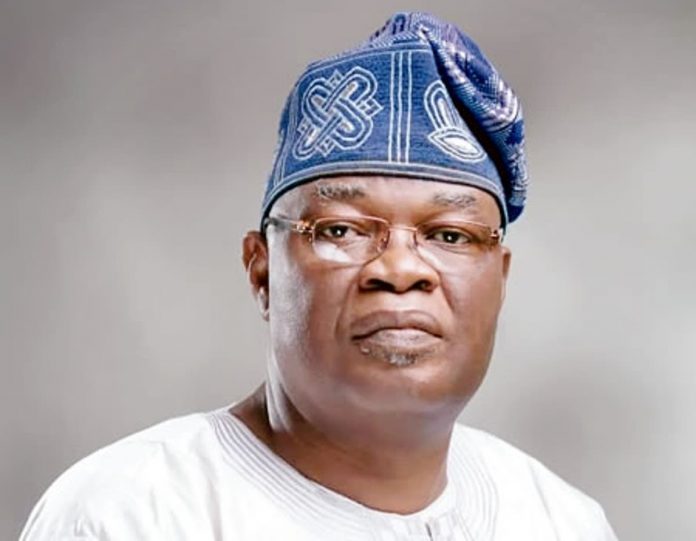 A former deputy governor of Ekiti State, who is also a chieftain of the Peoples Democratic Party (PDP) Dr. Sikiru Tae Lawal, has criticized the Governor of Ekiti State and Chairman of Nigerian Governors’ Forum, Dr. Kayode Fayemi, over his administration’s alleged plan to make pensioners desirous of getting their gratuities and pensions to sign off 15 percent of their entitlements.
Lawal alleged that such arrangement  amounts to fraudulent act and done in bad faith.
The ex-deputy governor took the swipe at Governor Fayemi in a press release made available to newsmen on Thursday and signed by his spokesman, Ahaji Jeleel Agboola.
According to the release, Lawal alleged that the All Progressives Congress (APC) government of Dr. Fayemi was being callous to pensioners who had sweated for many years and are entitled to getting what is due to them instead of being: ” pushed to a corner where they would have to be made to part with as much as 15 percent of their legal entitlements all because they want these entitlements urgently.”
He continued: ” A situation where pensioners who had laboured with their youthful mental and physical energies to bring growth and development to our dear state, are now been brainwashed to sign off as much as 15 percent of their entitlements all because they are desirous of getting such entitlements is very appalling.
” A responsible and caring government is supposed to add to such gratuities and pensions of such pensioners and not find a fraudulent means to deduct from it. The current move by the Dr.  Kayode Fayemi led administration on the pension arrrears of our pensioners in the state is being done in bad faith,” he said.
He also condemned the plan by the state government to enforce the Land Use Act for land owners and landlords in the state at a time like that the economy is poor, and assured Ekiti people that PDP would have performed better if elected.
“This is why the APC government has become very unpopular in Ekiti State and this is why PDP will take over from the party come 2022 by God’s grace. We urge the good people of Ekiti State not to lose hope, the bad times imposed on them by the APC administration shall soon pass. We urge them to continue their support for PDP.
“PDP is a truly progressive, caring and compassionate party which will never give a thought to shortchanging pensioners or any public workers. We have better packages for our workers and pensioners and the citizenry as evidence in what our party’s governors are doing in other states. We urge Ekiti people to support our great party to give them the best kind of governance come 2022.
” And we are assuring our pensioners that whatever arrangements the PDP government will  put in place shall involve all their members. They will all participate in the arrangement and the best method that will make them happy shall be adopted,” he said.
Meanwhile, while explaining the rationale for the action, the state government said the backlog of entitlements due to retirees was over N15 billion.
It added that the provision of N100 million to offset such at intervals would deny many of the senior citizens their dues and it had to approach some banks for loan facilities.
In accordance with the agreement with the banks, any retiree who wishes to opt for a quicker approach for getting the pensions would have to part with some money and that taking such a path is not made compulsory for the retirees.