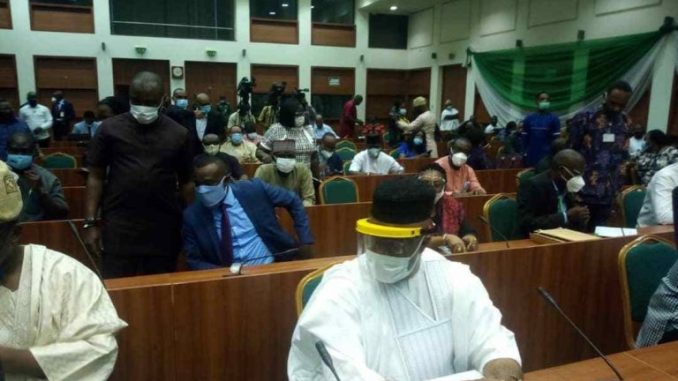 Speaker of the House of Representatives, Femi Gbajabiamila, has announced the decision of the House to drag the minister of Niger Delta Affairs, Godswill Akpabio, to court over alleged defamation of character.

The speaker stated this on Thursday during the opening of the plenary.

Mr Akpabio had on Monday during the continuation of the investigative hearing held to probe the allegations of corruption in the NDDC alleged that contracts of the NDDC are given out to members of the National Assembly.

The revelation unsettled the hall briefly as the acting chairman of the committee, Thomas Ereyitomi, calmed some members who charged at the minister.

Following the allegations, the speaker on Tuesday gave Mr Akpabio a 48 hours ultimatum to publish names and other details of National Assembly members who benefited from contracts of the NDDC.

At the expiration of the ultimatum on Thursday, the speaker stated that since the minister could not publish the names, the House has resolved to drag him to court for defamation of character.

He added that the minister clearly made the statement to gaslight the nation from the mal-administration and malfeasance in the NDDC.