That Tottenham did not muster a single shot on target against a team who have leaked goals for fun of late, with Harry Kane failing to register a touch in the opposition box until the final throes of play, is a damning indictment of just how grim this performance was. In truth, Spurs could count themselves fortunate to exit with a point after Callum Wilson and Joshua King had late goals disallowed.

It was such a listless and uninspiring Spurs display that Kane had more touches inside his own box than the opposition’s, with Bournemouth taking a crucial first point since February to reignite their fight for survival.

In the last few days José Mourinho has been irked by everything from the Football Association’s decision-makers handing a four-match ban to Eric Dier to a social media post by Arsenal mocking his side’s struggles, but his difficult night here was compounded by technology and he walked off after failing to hold his post-match press conference via video call. A lacklustre performance was arguably best summed up by a flurry of statistics; that this was the first time in 13 years that a Mourinho Premier League team has not managed a shot on target.

The second half was overshadowed by a sickening clash of heads between Adam Smith and Ben Davies, with the former suffering a small concussion and requiring oxygen after nine minutes of treatment from nine medical staff before being carried off on a stretcher. “He is sitting up in the changing room and he is speaking,” said Eddie Howe, the Bournemouth manager. “He has a nasty bump on his cheek but he should be fine.

“I think it is a point gained. With the run we have been on, that is a good point. You think we have won the match and there were other moments where it could have gone very differently. Our players gave everything. We have fought, a real hard shift for everybody. That is the kind of thing we are going to need.”

Harry Wilson could have snatched victory in 12 minutes of second-half stoppage time but Hugo Lloris stood firm when the Bournemouth substitute attempted to lift the ball over him in a one-on-one situation. Spurs were desperately poor and remain in mid-table, while this point does at least stop the rot for Bournemouth, who remain ensconced in the relegation zone despite moving to within three points of fourth-bottom Watford, who boast a superior goal difference.

On another day Mourinho would probably have marched down the tunnel to accompany the referee at half-time. The Tottenham manager was incensed by the failure to award his team an early penalty when Kane was sent tumbling in the box by King, who was guilty of shoving the striker, lurking at the back post at a corner, as he went to meet the ball. Mourinho was angry that the push gained the approval of both the referee Paul Tierney and the video assistant referee, Michael Oliver, and, as it happened, Bournemouth survived the early fright to ascertain their grip on proceedings.

“The same referee that was the VAR against Sheffield United,” Mourinho said. “In the world everybody knows that is a penalty. And I say everybody, I mean everybody.” Spurs were turgid in victory over Everton on Monday and they badly struggled to convince here, so often languid in possession.

Mourinho has bemoaned his side’s unpredictability, with hit and miss displays in danger of denting their hopes of earning European football next season and at half-time he introduced Son Heung-min and the lesser-spotted Tanguy Ndombele in place of Giovani Lo Celso, who required treatment on an ankle injury, and Steven Bergwijn.
Bournemouth 0-0 Tottenham Hotspur: Premier League – as it happened
Read more

Bournemouth played with an urgency that was nonexistent in defeat to Crystal Palace and Newcastle here but played with a tempo that unsettled the visitors and, while chances remained at a premium having managed just five shots on target across their previous four matches, Junior Stanislas had forced Hugo Lloris into a smart save low down to his right. Callum Wilson returned with a spring in his step after a two-match ban, while Bournemouth’s substitutes reacted like paying supporters, applauding every interception and block, with the midfielder Dan Gosling particularly impressive on his first start since February. Tottenham’s performance was typified by Harry Winks waywardly passing out to Son, warming up on the touchline, instead of Ben Davies.

The injury to Smith, which came moments after he was winded by a Kane free-kick, allowed both teams to rest, with Howe urging his team to refocus and not undo all of their hard work. As for Tottenham, they readied Lucas Moura who arrived off the bench in place of Moussa Sissoko.

But with Dele Alli again absent with a hamstring complaint, and the rest of the team seemingly short of invention, Spurs sorely lacked a spark.

As the game moved towards its conclusion, King had a strike ruled out for offside in the buildup then Callum Wilson’s overhead flicked King’s hand on its way into the net and this time VAR worked in Spurs’ favour. 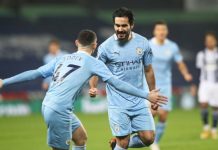 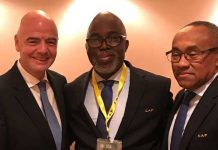 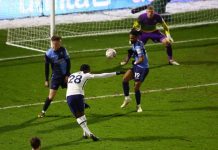