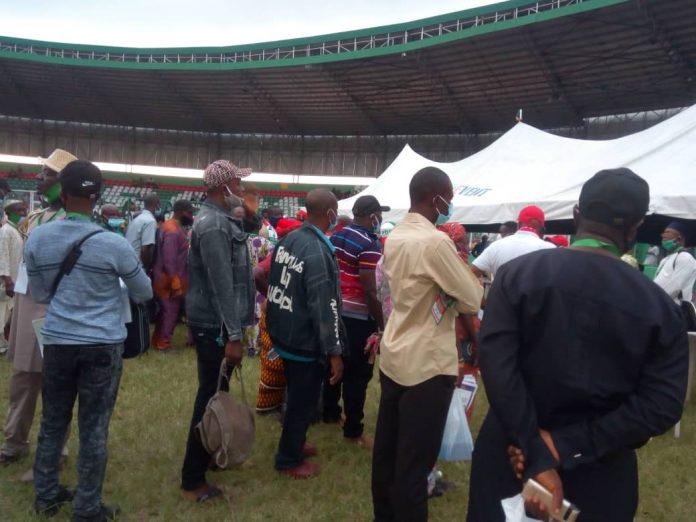 Doctors Without Borders, an independent, global movement providing medical aid where it’s needed most, have blamed the ongoing surge in Covid19 cases in Edo state on the PDP primaries held last week.

The group said the primaries was a show of irresponsibility as delegates and other leaders of the party mixed freely and completely disregarded all health and Covid19 safety guidelines.

Dr. Peter Olumense, who is Edo state Chairman of the group in a statement said that fact that Governor Ifeanyi Okowa of Delta State has tested positive after emerging from the event account for their conclusions.

“From queuing to receive bribes, to rallying around in open hugs and exchange of all kinds of bodily fluids, Governor Godwin Obaseki led the way and others followed in dangerous actions that raised the specter of COVID-19 contraction and silent spread in host communities where many of these delegates were ferried from”.

According to the doctors, “It didn’t take long before the consequences of that event and Obaseki’s meetings with infected persons to negotiate political deals, not least his irresponsible conduct at the PDP secretariat when he completed his defection, started to manifest”.

They said, “Today in Edo State, there has been a worrying spike of infection rates, with all of the new cases directly tied to the PDP primaries according to health workers. To hide the problem, Obaseki disbanded the state’s mobile screening team after refusing to pay them for three months”.

Observers say it is bad enough that the governor gave billions of Edo people’s money to the PDP tax collectors to purchase their ticket, but has now gone ahead to spread COVID-19 in the state.

They say unless steps are taken, the lives of innocent Edo people is in danger even as the government has refused to pay frontline health workers their wages. 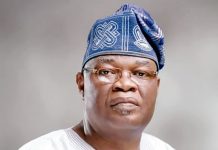 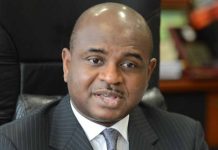 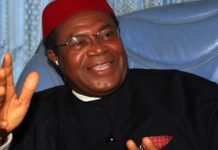