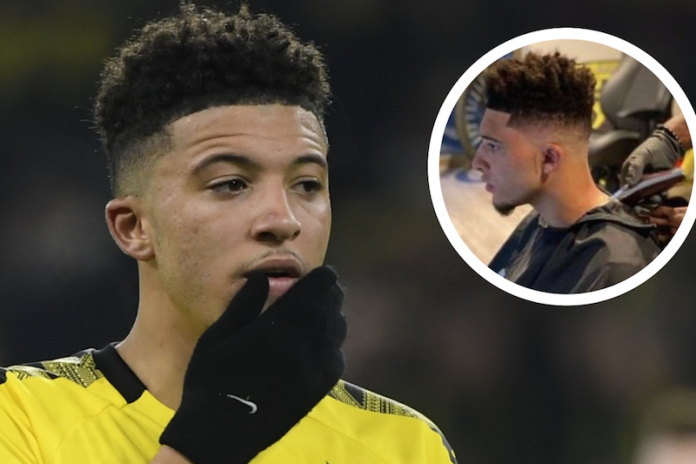 Borussia Dortmund’s Jadon Sancho and Manuel Akanji were fined an unspecified amount by the German Football League (DFL) on Friday for failing to wear face mask during a visit from a hair dresser this week.

The DFL said both players had broken the health guidelines that had governed Bundesliga clubs and players since the league restarted amid the COVID-19 pandemic on May 16.

In total, six Dortmund players, including rising star Sancho and Akanji, got their hair cut by the visiting hairdresser, who then asked some of them to take pictures with him.

“It is clear that pro players also need to get their hair cut. But that has to happen in line with the medical and hygiene concept,” the DFL said in a statement.

“The fines are not against the club which is not seen as having a responsibility in this case.”

Bundesliga matches are played without fans and teams must adhere to strict health guidelines that regulate the process and operation of training sessions and games.

The league, with five rounds of matches left in the season, plans to finish by the end of the month.

Sancho also hit the headlines last weekend when he, after scoring, revealed an undershirt with the message ‘Justice for George Floyd’ — an unarmed black man who died in Minneapolis after a white U.S. police officer knelt on his neck.

Sancho escaped any sanction after the German Football Association said players were free to show their support for protests over Floyd’s death. (Reuters/NAN)

We Got No Preferential Treatment Under Obasanjo And Successive Governments –...