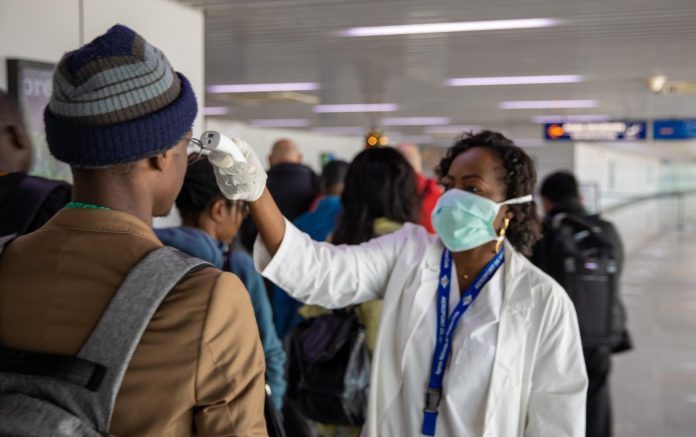 The Lagos State Ministry of Health has confirmed a third case of coronavirus in Nigeria.

Akin Abayomi, the Lagos State Commissioner for Health, broke the news to journalists at the government secretariat Tuesday morning.

“This is a new case independent of the index case of a 30 year-old Nigerian, female, who returned from the UK on 13th March,” the commissioner revealed.

Although Nigeria has so far recorded three cases of the virus, only two are active. The second case, linked to the index case, later tested negative.

The first case, an Italian who arrived the country on a business trip, was confirmed on February 27.

The man had spent two days within the country and visited Lagos and Ogun state before he fell ill and was diagnosed of coronavirus.

He has since been isolated and placed under treatment.

On Monday, the minister of state for health, Olorunnimbe Mamora, said the contact case from the index case was well and released to go back into the community. He said the index case was still, however, being observed as the viral load of the virus is yet to be at zero significant level.

He said the Italian would be under observation until that is achieved but he is clinically stable and responding to treatment.

Mr Mamora said between January 7 and March 15, a total of 48 people who had met the case definition of the disease has so far been tested in eight states – Lagos, Ogun, Edo, Enugu, FCT, Rivers Kano, Yobe – out of which 47 tested negative and have been cleared, one positive (contact of index case) and one result still pending. There has been no death so far.

Mr Mamora also announced that Nigeria had no plans on restricting any country’s nationals from entering the country.

Instead, the country would be intensifying screening on passengers from eight countries – China, Iran, South Korea, Italy, Germany, Japan, France, and Spain.

Mr Mamora, while giving the national update on the status of the disease in the country, said these eight countries have been highlighted as countries with high risk of widespread community transmission and screening would be intensified on passengers from these countries.

The U.S. and UK, despite having high ongoing transmission and cases, are not part of the countries earmarked for intensive passengers screening.

Meanwhile, Japan which is on the list for intensive passengers screening to Nigeria, ranks 17th with 840 confirmed cases.

Responding to why the UK is not on the list for intensive passengers screening, Mr Mamora said “We are monitoring situations and it is dynamic and we will do so when necessary.”

He added that passengers from these eight countries will undertake secondary screening at the point of entry and also advised to self-isolate on entry.