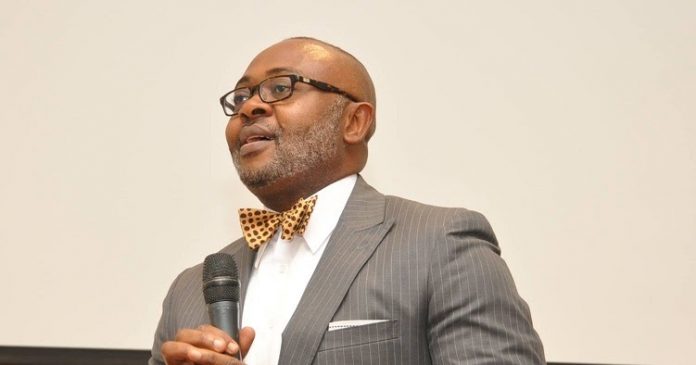 Airtel Nigeria’s Director of Corporate Communications & Corporate Social Responsibility, Emeka Oparah, has been honoured with the “Communications Practitioner of the Decade Award”.
Oparah, who was honoured during the Communications Industry Evening, was described as a master of crisis management and one of the longest serving communication practitioners in a single organization in spite of several brand and ownership changes.
The event which held at the Sheraton Hotel, Ikeja, Lagos, last Friday was attended by advertising and communications practitioners drawn from different agencies as well as corporate and multinational organizations.
According to a citation read during the event, “Oparah became well-known during his days in Cadbury Nigeria even before joining Econet Wireless Nigeria currently known as  Airtel Nigeria. A number of young practitioners today actually read Emeka Oparah as a book to manage crisis in their workplaces.”
“Indeed, no one currently in the industry today deserves this accolade more than Oparah. The category was therefore one of the easiest for the committee to deal with. Congratulations for winning this year’s Communication Practitioner of the Decade Award. In fact, you probably can also win it for the century”, it further stated.
Reacting to the award, Oparah, commended the award organizers and communications practitioners across the country for bestowing on him such a huge honor, saying that he was humbled by the gesture and greatly inspired to continue to contribute his quota to the development of the communications practice in Nigeria.
He said: “Communication is the heart and soul of every human interaction and must, therefore, be purposively and professionally managed to achieve desired outcomes. I am committed to sharing my knowledge and experience with other practitioners, especially the young and upcoming professionals, so we can properly position the industry for its role in Corporate Leadership and National Development both now and in the future.”
In his current role at Airtel Nigeria, Oparah leads activities covering public relations, internal communications, corporate social responsibility, corporate events and sponsorship. His career spans the full scope of the communications industry, with over 29 years spent in journalism, advertising and public relations.
After graduating from the University of Nigeria Nsukka in 1990, where he edited the famous campus newspaper, “The Record”, he spent the next four years working  in Imo Newspapers and three other communications agencies namely Patike, a PR Agency and Candid and Richland, both Advertising companies.
He moved to Cadbury Nigeria PLC in 1994 where he spent eight years as media relations manager before transitioning to Econet Wireless Nigeria in 2002. Oparah who graduated top of his class in the Department of Mass Communications, University of Nigeria, Nsukka, also holds an Advanced Diploma in International Public Relations Management from The Management School, London.