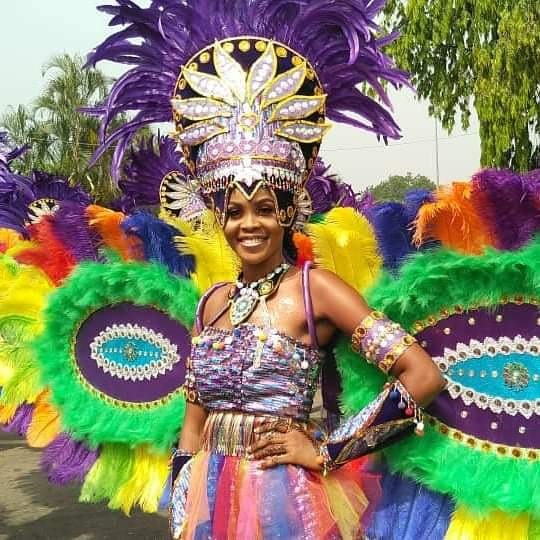 Calabar Carnival festival in Nigeria, also tagged “Africa’s Biggest Street Party’’, was created in 2004 as part of the vision of making Cross River State and Nigeria, the number one tourists’ destination for Nigerians and visitors from all over the world.

The carnival, which begins every 1st December and lasts until 31st December, has boosted the cultural mosaic of Nigeria people, while entertaining millions of spectators within and from around the world through dedicated television channels.

It was founded by a former Cross River governor, Donald Duke, who had a vision of making the state a hub for tourism and hospitality in Nigeria and Africa.

The Carnival presents a perfect platform from brand visibility for consumer and market awareness.

In the last 15 years, Calabar carnival had featured distinct themes and remains one of the best platforms for acquiring education and dissecting cultures across Nigeria and the world.

Each of these themes has enlightened a good number of revellers across the globe as the 2019 edition of the carnival, themed “Humanity’’, displayed cultures from 30 countries and 22 states.

The Mexicans’ blue costumes was said to be symbolic and associated with the body of ocean their country is surrounded with, believed to have united the North Americans over the years.

Lithuanian delegates also had a fascinating performance, involving the manipulation of some fireworks, while the Kenyans made a unique cultural display which entailed some acrobatics and pole climbing.

Each of the visiting countries exhibited some aspects of their culture, the displays which left revellers with a feeling of awe of God who made each humanity unique in variety of ways.

Some of the international delegates recounted their experiences and aspects of the carnival that fascinated them.

Rohey Touray, a Gambian, says the carnival has exposed him to some aspects of Nigerian culture.

She adds that the artistic prowess displayed by Nigerian band in communicating the theme of the carnival (Humanity) was quite astounding.

According to her, the platform gave room for cultural integration, while cultures from other foreign countries were also sources of knowledge.

“Nigerians are highly creative, the carnival is interesting and we look forward to gracing the 2020 edition.

“I will like to commend the Cross River State Government for its consistency and for gradually improving on the content of the carnival,’’ she says.

Also, an Egyptian, Mr Osama Emam, says he has been able to familiarise himself with Nigerian cuisines and culture and will be organising some cultural exchange programmes with Nigerians soonest.

He says Nigeria is a beautiful country with hospitable people who always look forward to pleasing tourists.

“The carnival’s content is rich and interesting, we will make it here again next year because we are falling in love with Nigerian cuisines,’’ he notes.

Suffice it to say that the carnival has projected Nigeria on the world tourism map as it has been listed as the 4th carnival globally and first in West Africa.

“The carnival is rated 4th globally due to its immense growth over the years,’’ says Carnival Calabar Commission Chairman, Mr Gabe Onah, at the closing ceremony.

Onah said the whole world now reckons with Calabar carnival as succeeding Cross River governors in the past 15 years have improved on the carnival’s content.

With excitement, Onah promised a more robust edition in 2020, just as bikers’ parade, children’s carnival and a host of other activities were included the 2019 fiesta.

The carnival did justice to the theme as both local and international tourists mingled within locals in the ancient city of Calabar with the understanding that we all need to live together peacefully in spite of our differences.

The carnival exposed Nigerian culture to the world as delegates from over 22 Nigerian states participated in the activities, showcasing their unique and beautiful cultures to the world.

This attracted an unimaginable number of spectators and global television audience who watched the spellbinding performances live on satellite screens.

Highlight of the carnival includes performances by five bands – Bayside, Freedom, Masta Blasta, Passion 4 and Seagull – as they engaged the elements of theatre in their performances.

The most creative and authentic band went to Passion 4 while the best costume design, best decorated truck and most improved band of 2019 went to Freedom band. 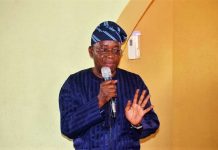 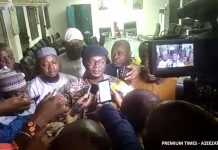