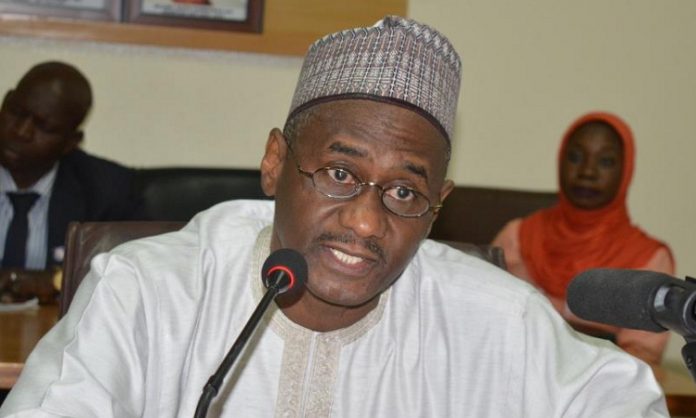 The staff and management of Nigeria’s Health Insurance Scheme (NHIS) between 2016 and 2017 helped themselves with several ‘irregular’ and unapproved allowances totalling N6.8 billion, a recently released audit report has revealed.

These infractions were recorded during the reign of Usman Yusuf, the controversially sacked NHIS Executive Secretary, according to the 2017 Annual Audit from the Office of the Auditor-General of the Federation (OAGF).

The report adds a new layer to the barrage of allegations of fraudulent activities that tainted Mr Yusuf’s trenure.

The 2017 report, which is the latest by the auditor-general, listed several irregular allowances within the period under review.

The above payments totalling N4.9 billion violated Public Service Rule 130102, as they are not part of the allowances listed as payable to officers in the Federal Public Service, the report found.

The OAGF submission revealed that these allowances were paid without providing approvals of the National Salaries, Income and Wages Commission, contravening the act of the commission.

The report said differential payment is “illegal and alien” to the public service.

Another N1.8 billion was paid to staff as ‘administrative allowances; Children Education Allowances; and domestic allowances’.

These payments were not approved by the relevant authorities, contravening 2004 circular which states that “all self-funded federal Parastatals and Agencies which wish to monetise their fringe benefits should always submit the proposal package to the National Salaries, Income, and Wages Commission for necessary evaluation and approval before implementation”.

Besides irregular payments to staff, the report said the federal health insurance office engaged in at least another 13 illegal financial dealings amounting to N748 million during the period under review.

The scheme spent a total of ₦355 million on capital projects which were not appropriated for in 2016 and 2017 Capital Appropriation Act – a practice “contrary to Financial Regulations 417”, a further breakdown of the document revealed.

According to the report, NHIS also spent ₦161 million on International travels ”without any evidence of approval by the Head of Service of the Federation.”

The report said further examinations revealed ”there was no letter of invitation/admission or certificates of attendance from the various institutions where the conferences and training were held.”

Also, there were no air tickets and visas attached to prove that the officers embarked on the training.

The report observed that several vehicles were illegally allocated to the Executive Secretary, ”his personal aides and allies”.

The AOGF highlighted several extant regulations contravened by the aforementioned irregular financial dealings. It recommended a total refund in most cases.

The 2017 OAGF report has shed more light into several accusations of fraud that characterised Mr Yusuf’s reign at the NHIS.

In his three-year stint (2016 to 2019), the controversial official was sent on suspension twice within a year; accused of fraud, gross misconduct, insubordination and continuous infighting with staff and management of the scheme.

In November 2018, the governing board of NHIS raised an alarm that the agency was near a “tipping point” and may collapse within the next three years.

But even before Mr Yusuf, monumental fraud, opacity and impunity had become standard practice at the NHIS, a PREMIUM TIMES 2018 report revealed.

The 2016 annual report from the OAGF revealed that billions of naira were unaccounted for by the management of the NHIS in the previous seven years.

The NHIS, which was meant to reduce out-of-pocket spending on health, has remained stuck due to fraud and controversies as indicated in the OAGF report. It has also faced technical, legal and administrative challenges.

A decade-and-a-half after its inception, the NHIS covers only about five per cent of the Nigerian population, mostly civil servants. While millions of Nigerians remain uncovered, the few enrolled under the scheme complain of poor service delivery.

As at press time, Ayo Osinlu, the NHIS spokesperson, had not returned nor responded to calls and text messages seeking clarification from the scheme over the new findings.

Meanwhile, the scheme appears to be moving on from its dark days.

After the axe fell on Mr Yusuf last June, Mohammed Sambo who was appointed as his replacement, has been taking steps to get the scheme back on track.

In his maiden interaction with staff and management of the NHIS, the new Executive Secretary revealed his three-point agenda for the scheme.

They include ”restoring value system that will transform NHIS into a credible result-driven organisation”, he said.

This he said, would resolve the crisis and restore public confidence in the scheme.

Mr Sambo, a professor of Health Policy and Management, has also been engaging with several stakeholders in the scheme. 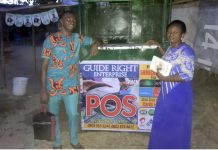 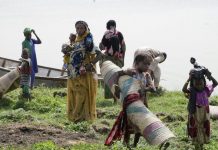 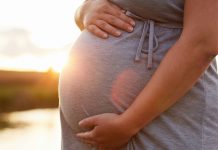