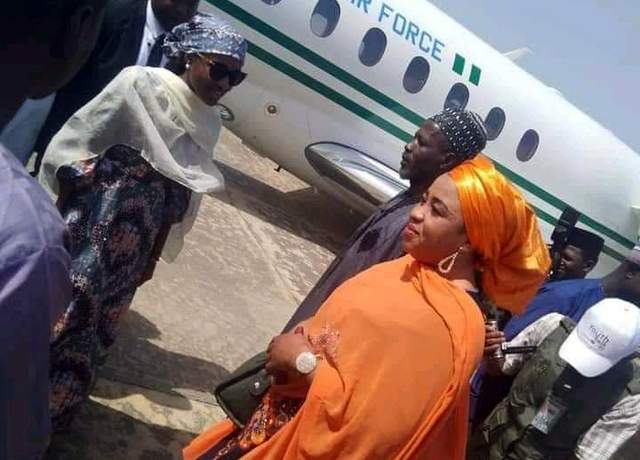 The wife of the president, Aisha Buhari, has defended her decision to share the video of her daughter, Hanan Buhari, inside the presidential jet, on her Facebook page, saying it was not an attempt to taunt Nigerians but to boost the morale of a distraught child.

In what many Nigerian termed defiance on the part of the first family over the public condemnation of the president’s daughter using a presidential jet for a private function, Mrs Buhari, on Monday, posted on her Facebook page a 55 seconds video of her daughter’s activities while on the trip to Bauchi.

Hanan Aisha Buhari was on a study tour of Bauchi Emirate last Thursday as part of the requirements for a Master’s programme in a foreign university.

In his reaction to the video, the Special Adviser on Media to Mrs Buhari, Abdullahi Aliyu, said Mrs Buhari’s action was simply aimed at explaining the daughter’s business in Bauchi.

Speaking with PREMIUM TIMES in a phone interview, Mr Aliyu said the mother must have shared the video to lift her daughter’s spirit.

He said: “I must say that the First Lady can’t taunt Nigerians.

“For those who fly the British Airways very well, they would know that except the president is on a trip outside the country, she goes on commercial flight.”

The media aide added that the first family only fly presidential jets while on trips within Nigeria in order to avoid the inconveniences other travellers may be subjected to.

“You can imagine the inconveniences the security operatives around the first family could subject other travellers to if it were to be a commercial jet. So, the truth is that the First Lady never meant to taunt anyone but rather, she is trying to explain what the trip was all about and to boost the marale of a daughter who had been subjected to tirades,” he added.

He said the use of appurtenances of office of the president including Presidential Air Fleet has changed significantly for good since Mr Buhari assumed office.

One of the commentators, Ebis Ekpe, wrote; “Using the presidential jet to a private function is too embarrassing to the office of the country’s number citizen. Is she the only female photographer in Nigeria with first class? If you want to see more of such then come to Bayelsa state where we have about ten of them. Too bad for Mr. integrity.”

Another, Seifullai Ahmmad Mhmd Gwazo, said;” Say, ‘O Allah! Possessor of the Kingdom! You give the Kingdom to whom You will, and You take the Kingdom from whom You will.’ We are highly disap by u people but one day monkey go market an never return , what goes up must surely come down . It’s only Allah’s kingdom that will lasted forever.”

Earlier, PREMIUM TIMES reported the reactions of lawyers to the use of the private jet by the president’s daughter.

They said though there is no clear constitutional directive on who is allowed to use the presidential fleet, the aircraft and other paraphernalia of office are meant to be used for official functions.

In a statement by its director, Ishaq Akintola, on Monday, MURIC said: “An emirate has shown keen interest in the uncommon skill of the president’s daughter. The emirate therefore invited her to demonstrate the skill at a public function. So how private is a private function? Those who described the occasion as personal to Hanan are petty, mean and most uncharitable.” 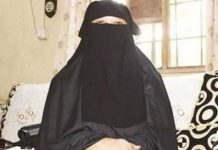 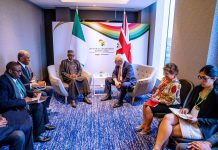 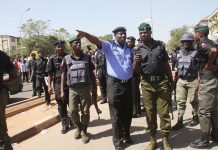