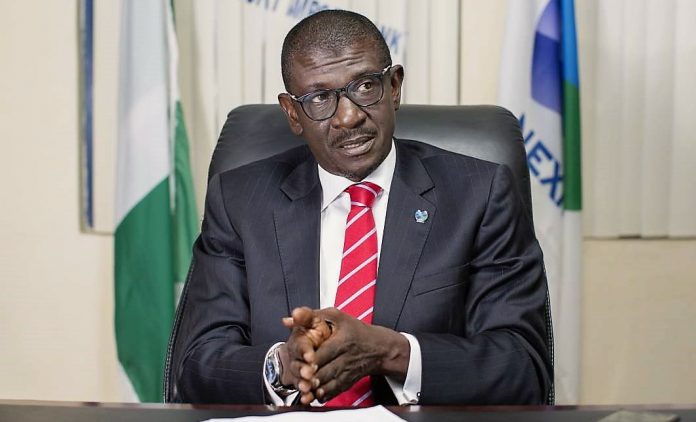 The Nigeria Export-Import bank (NEXIM) is one of Nigeria’s specialized financial institutions dedicated to promoting exports and imports through the provision of credits to small and medium enterprises to grow the economy.

PT: The African Continental Free Trade Area holds a lot of prospects for Africa. But, how would NEXIM ensure Nigeria makes the best of the opportunities available?

BELLO: Absolutely! The potentials and benefits of the AfCFTA cannot be over emphasized, particularly with the high level of poverty and unemployment in spite of the continent’s rich resource endowment.

Over time, Africa’s development efforts have been constrained by the dominance of the primary sectors, mainly agriculture and solid minerals, which account for a larger proportion of the continent’s production capacity and trade potentials.

The corollary to this problem is the low level of intra-regional trade, which, according to World Trade Organization (WTO), currently stands at about 16 per cent in Africa, compared to about 69 per cent in Asia, 59 per cent in Europe and about 50 per cent in North America.

The expectation, therefore, is that the introduction of AfCFTA will help to increase Africa’s production capacity, particularly value-added production, apart from boosting trade, which will help to mitigate the problem of unemployment and poverty.

Given the continent’s young population, with 60 per cent falling below 25 years, an improvement in Africa’s operating environment is becoming increasingly attractive as an investment destination, particularly for the production of light manufacturing products, which rely more on labour-intensive production processes.

Like you noted, the AfCFTA offers huge potentials we can tap from. In terms of market, Africa has about 1.3 billion people and a combined GDP of $3.5 trillion. This is a massive added incentive for investment by prospective investors in the African region.

On the benefit to national economies, Nigeria is actually one of those countries expected to benefit more from the AfCFTA, being the biggest economy and the most populous in Africa.

The investment environment is also improving, particularly with the activities of Presidential Enabling Business Environment Council (PEBEC), which has led to significant improvement in Nigeria’s Ease of Doing Business ranking published recently by the World Bank.

To answer your question directly, what I will say is that given the enormous opportunities and potentials in the AfCFTA, NEXIM has seen the need to promote regional trade.

But, long before the AfCFTA, we had the foresight that the promotion of regional trade was the way to grow the African economy. That is why in our strategic plan 2018-2022, we allocated 60 per cent of our intervention to intra-African trade promotion.

Beyond this strategic initiative, NEXIM is also promoting some key initiatives, targeted at facilitating intra-African trade.

The objective of the scheme is also to increase the level of formal trade in the continent.

Also, NEXIM is the national guarantor under the Inter-state Road Transit Scheme, designed to prevent diversion of goods transported by road to other ECOWAS countries, to prevent revenue leakages in member countries.

Another initiative by NEXIM is the Sealink project, under which the bank is facilitating the establishment of a regional shipping company through a public private partnership (PPP) arrangement, to promote trade as well as mitigate the transport and logistics challenges that have increased the cost of trade.

Let me also talk about factoring, which is a financial instrument designed to promote trade, particularly among small, medium enterprises (SMEs), which usually find it difficult to borrow from the banking system for reasons of collateral, amongst others.

Factoring enables businesses to sell their receivables to a factor, thus providing them the cash required to continue in business.

We are also promoting an export trading company, called NEXPORTRADE Houses Limited, in partnership with the export group of the Manufacturers Association of Nigeria (MAN) and the Nigerian Export Promotion Council (NEPC).

PT: The micro, small and medium enterprises (MSMEs) account for almost 90 per cent of the services that make up the country’s GDP. How much supportive is NEXIM, as one of the key development finance institutions, providing to this critical sector of the economy to enable them to create wealth and generate jobs?

BELLO: As I said earlier, NEXIM is quite supportive of SMEs. Apart from the key initiatives mentioned above, one of the major steps we took in response to the dwindling crude oil revenues some few years back was to introduce a State Export Development Programme.

Through this programme, we expected every state of the federation to develop at least one exportable commodity towards promoting regional industrialization and poverty alleviation.

Under the scheme, we earmarked at least N1billion under favourable terms and conditions to each state of the federation for offer to the target beneficiaries, which are mostly SMEs.

We are also a major partner of the Nationwide MSME clinic, being conducted by the Presidency under the office of the Vice President.

Under this initiative, we have reached out to many SMEs and have also contributed towards the provision of common facility centres towards assisting SMEs to upscale their products, thus increasing their domestic and international competitiveness.

PT: One of the major drawbacks to intra-regional trade and export is the logistics of transportation of goods and services. The Regional Sealink project was supposed to have bridged that gap. But, it appears that is not the case now. Where are we now on that?

BELLO: Yes, the regional Sealink Project as earlier observed was conceived to promote maritime transportation and bridge the logistics infrastructure gap in Africa.

NEXIM funded the study that led to the decision to commence the project and since then we have been engaging with many stakeholders, both in the public and private sector, across the West and Central African regions.

Of recent, we signed a tripartite memorandum of Understanding (MOU) between NEXIM, Sealink and NIWA (Nigerian Inland Waterways Authority) towards the operation of the Sealink project in the Nigerian inland waterways to facilitate movement of bulk cargoes, particularly in the solid minerals sector, thus unlocking the opportunities in the sector.

We have also met with the Nigerian Navy and the two institutions that have agreed to jointly carry out a cadastral survey towards the charting of the country’s inland waterways for navigational purposes.

The implementation of the Sealink project has reached a critical stage, with the receipt of the approval from the Federal Ministry of Solid Minerals Development to use the Ajaokuta River Port and Jetty.

The project is now scheduled to commence in this first quarter, and engagements are ongoing with potential customers for the offtake agreement of bulk cargo within the West and Central Africa regions.

PT: In December 2018, the bank signed a tripartite agreement with AFREXIMBANK and Nigerian Export Promotion Council for a partnership to provide about $1 billion financing for the promotion of Nigeria-Africa trade and investment in Africa. How is that arrangement coming up?

BELLO: That agreement signed with AFREXIMBANK and the Nigerian Export Promotion Council under the Nigerian African Trade and Investment Promotion Programme in which $1billion line of credit was provided by AFREXIMBANK for disbursement by NEXIM in support of Nigeria’s trade and investment in the African region.

Again, it is a key initiative to support regional integration and trade, and being a new programme, we were working with AFREXIMBANK to develop the guidelines towards facilitating access to the funds by the target beneficiaries.

But that had since been concluded and applications are currently being considered under the scheme, following which disbursements will commence.

PT: The MASS (manufacturing, agro-processing, solid minerals and services) agenda captures the main thrust of the NEXIM mandate to diversify the economy. How much impact has this recorded so far?

BELLO: Yes, as you rightly observed, the MASS Agenda represents our target sectors and that stands for Manufacturing, Agriculture, Solid Minerals and Services.

These are the main sectors of our focus and under each sector, we have our priority subsectors.

We are also currently emphasizing value addition, under our Produce, Add Value and Export (PAVE) philosophy, to enable us move our exporters up the value chain.

This will help to create more jobs, enhance export revenues and in general internalize the benefits of production.

For instance, Nigeria is the largest producer of shea in the world. But, the country has no major footprint in the export of shea products.

However, through our bank’s intervention, one of the companies we funded did the first major export of shea butter out of Nigeria in 2018. Two other NEXIM bank clients are set to achieve similar feat.

We have also engaged in similar interventions in the leather industry, where we intend to support our local producers to produce leather products (i.e, shoes, belts, bags, etc), as against export of processed leather.

PT: Recently, the Federal Government ordered the closure of the country’s border with its neighbours. How does this affect NEXIM’s ECOWAS Trade Support Facility (ETSF) arrangement?

BELLO: Government in its wisdom has decided to close the land borders to resolve some bi-lateral issues with the neighboring countries.

As expected, opinions are divided on this. For us at NEXIM, what is important is that this is only a temporary measure and ultimately the beneficiaries will be the Nigerian traders, who will be able to do their business under a more conducive environment.

We will continue to do all we can within our mandate to support the government realize its objective. Our conviction is that it will be in the larger interest of the people and the country’s economy. 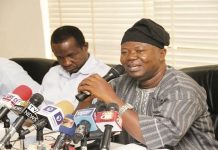 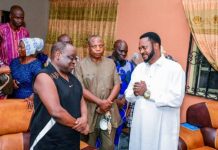 I Spoke With Tolulope At 1pm But At 5pm, I Was Told She Was In Mortuary – Father Of Nigeria’s First Female Combat Helicopter...