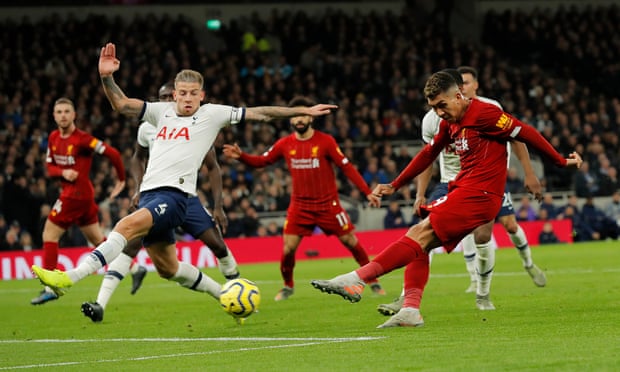 For Jürgen Klopp and Liverpool, the victories keep on coming, the records tumbling and it is becoming increasingly easy to picture their captain, Jordan Henderson, hoisting aloft the Premier League trophy at the end of the season.

The club edged one step closer to ending the 30-year wait for the trophy that they most want with a win over a spirited Tottenham team that owed much to Roberto Firmino’s high-class goal towards the end of a first-half that they controlled.

A few numbers. Liverpool have now gone 38 league matches without defeat, the equivalent to an entire season, and their return of 61 points from a possible 63 since the beginning of this one has added up to the best-ever start to a campaign by a club in any of Europe’s big five leagues.

They continue to find the way and are coming to feel invincible. They are now a whopping 16 points clear at the top – with a game in hand.

They did not have it all their own way here and it might have been a different story had Son Heung-min or the Spurs substitute Giovani Lo Celso been able to finish in the closing stages when gloriously placed. But they did not. Liverpool roll on.

José Mourinho had made it clear that he would do something different because, without the injured Harry Kane – his only striker – he would have to explore fresh means. There was intrigue about his starting system and personnel, not least in the selection of the 20-year-old Japhet Tanganga on the right side of the defence.

Tanganga had played only once previously – at Colchester in the Carabao Cup exit – and he would make a scarcely believable start, performing not one but two goal-line clearances in a single cameo in the second minute. First he blocked from Firmino, after the irrepressible Liverpool striker had cut inside Christian Eriksen and shot, and then he somehow deflected Alex Oxlade-Chamberlain’s follow-up on to the far post. The goalkeeper Paulo Gazzaniga collapsed on to the loose ball.

The move had been sparked by a loose Danny Rose pass and Spurs knew that they would be playing with fire if they made mistakes that invited quick Liverpool transitions. Klopp’s team bristled with menace, their reputation most assuredly preceding them, but Mourinho’s tactics did give them something to think about.

The Tottenham formation was broadly 4-4-1-1, with Serge Aurier on the right of midfield, often pushed high in an attempt to engage Andy Robertson; Son Heung-min on the left and Dele Alli roaming behind Lucas Moura. Mourinho wanted his players to remain compact, so as not to allow Liverpool to unleash their pace in behind and, with the visitors ever eager to step on to the front foot, Spurs felt there was scope for them to counter. Son and Alli had a couple of early openings.

But this Liverpool team is so quick and cohesive, so remorseless with their pressing, that it is one thing to ask them questions and quite another to enjoy control. The visitors dominated the first half in territorial terms and they had the quality at the impish feet of Firmino to give them a deserved lead.

There was some debate as to whether Liverpool ought to have been awarded a throw-in on the left flank and there would be a VAR review to check that Jordan Henderson had not handled as he threw himself at the ball. But there could be no doubting the class of Firmino after he accepted a pass from Mohamed Salah inside the area. He allowed it to run across his body to deceive Tanganga, who had lunged in, before setting up the left-footed finish in one explosive movement.

Earlier, Virgil van Dijk had headed too close to Gazzaniga when well placed while Salah drove wide after Firmino had robbed Alli on 43 minutes.

Klopp had warned before the game that Spurs’ “difficult situation” would make them “even more dangerous” and his watchword, as ever, was focus. His players brought it with tremendous intensity and the impression was of a team with their eyes fixed on the prize.

Liverpool had not conceded in the league in 495 minutes at kick-off and Spurs craved a clear-cut chance to end the run and get themselves back into the game. Lucas worked tirelessly, trying his jinks and tricks, while Alli carried the fight as best he could.

Mourinho twisted again, swapping Rose and Eriksen, who endured a torrid time, with Érik Lamela and Lo Celso. In the reshuffle to 4-1-4-1, Tanganga was switched to left-back. Spurs finally carved out gilt-edged opportunities.

The first followed some hustling from Lo Celso and a lay-off from Lucas. Son had the space and position inside the area only to blaze high. When Lo Celso steered off target from Aurier’s tantalising cross, Liverpool could exhale. 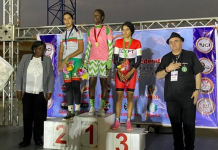 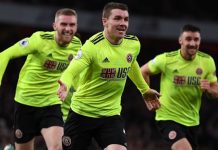 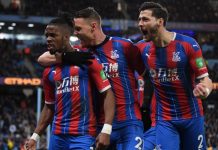