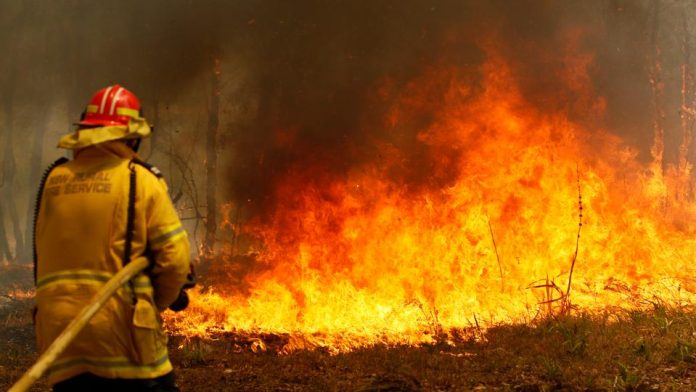 Three major blazes merged at the borders of the neighbouring states New South Wales and Victoria to form a “mega-fire,” covering over 600,000 hectares.

Parts of both states saw wind gusts of up to 90 kilometres per hour, while the temperature in some fire-affected areas reached 44 degrees Celsius.

In Victoria, a fire near the city of Wodonga forced evacuations overnight.

In New South Wales, over 3,500 firefighters were deployed overnight.

Fitzsimmons said cooler weather over the coming week is expected to offer “some reprieve” and “will probably be the best seven days we have had without a rise of very dangerous fire ratings coming towards us.”

Across Australia, over 10 million hectares of land has burned since the bush fire season started in September, early for the burn season.

No fewer than 26 people have died and several thousand homes have been destroyed.