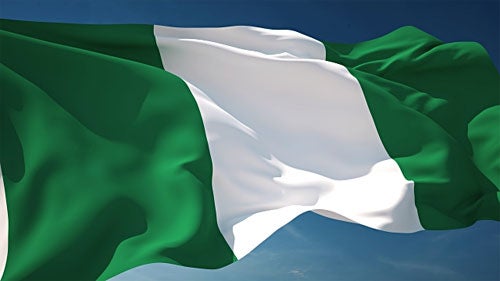 Every human society is open to conflict because disputes thrive in any event which involves divergent interests.

If conflict is thus an inevitable human phenomenon, evolving conflict resolution strategies to amicably settle one rift or the other is the panacea. In recent times, the most intractable conflicts in Nigeria are those of a political nature. Virtually every peace effort in the country to resolve them always fails due to several reasons among them insincerity, failure to fully understand the real issues at stake and lack of knowledge of the scope of a particular conflict.

Greed, ego and disrespect to peacemakers most of whom are the elderly are other common tendencies. When these issues are put together, the reason for the failure of peace efforts organized by even the most respected and well-meaning national personalities becomes clear Just before the 2015 elections, a team comprising former military leader, Abdulsalam Abubakar, Bishop Mathew Kukah of the Sokoto Catholic Diocese etc. attempted to create a platform for electoral peace in Nigeria.

They repeated the same strategy of getting political leaders to sign an agreement to ensure peace during the 2019 elections. Their efforts were noble but ill-fated. To start with, why the respected leaders ever imagined that a presidential candidate can successfully command his followers to avoid violence is unclear because the foot-soldiers are not necessarily party members only. Many are mercenaries also recently called fake police who see the electioneering period as employment opportunities thereby converting the material benefits, they get to support a party or its candidate into a binding contract to fight any opponent of their benefactor.

To have expected candidates Muhammadu Buhari and Atiku Abubakar to have been able to stop persons they neither knew nor had access to, from political violence was certainly over ambitious. Those who cause chaos and anarchy during elections do not appear to know even the wrong venue for performance which is why they performed in the presence of the Inspector General of Police and the INEC Chair at the venue of the signing of the peace agreement in Lokoja just before the last Kogi state governorship elections.

They indeed, violently stopped one of the supposed signatories to the peace agreement from entry into the venue. So, why do peacemakers waste their energies asking party leaders to sign any agreement? Are the envisaged political leaders the only ones whose followers disrupt elections? It is of course not so, as it is now obvious that INEC, Police and Judiciary operatives are among those who make it difficult for us to have peace during elections. Why were leaders of such groups not part of the agreement?

If we can excuse the dilemma of Abdulsalam’s team whose intentions are usually distorted by the politicians, we can hardly say same for the supposed peacemakers within the political class. The conflict between the governors of Rivers and Bayelsa states is a good example. Considering that both governors belong to the same political party – PDP, one would have expected that the party would practically deal with what can be termed an in-house conflict. But rather than do that, the party exposed her lack of unity of purpose and direction.

The party’s BoT chairman, Senator Walid Jibrin told the media that Governor Okowa of Delta state allegedly respected by the two governors concerned had been mandated to resolve the issue. He also told the same media that his BoT had set up a committee headed by himself to look into the matter. Was Okowa to be part of the BoT team or were the two groups to work at cross purposes? If not, what can Okowa do to command two warring governors to halt belligerence in a political system that constantly mouths party supremacy? Earlier, the posture of the BoT chair had signaled ample discordance in the PDP.

The man had indeed celebrated a legislator who contrary to party directives became Minority Leader of the House of Representatives. After the celebration, the party suspended the offending member and probably overlooked their BoT chair who does not appear to be on the same page with the party. In any case, the controversy could not have made sense to the party’s legislators when as some of them said, the party was in slumber during negotiations for leadership positions in the National Assembly. How can such conflict laden with contributory negligence be resolved? What we have said so far gives an insight into poor management of political parties in Nigeria. All our politicians want to be in government, none wants to manage the party so as to sustain the viable channel for attaining power.

The ruling All Progressives Congress APC is yet to act differently. The conflict in the Edo state branch of the party is no doubt irritating as it involves, the national chairman, the state governor and persons elected into the legislature on the platform of the party. Those who think party leaders should have promptly resolved the conflict without outsiders knowing about it greatly miss the point. The truth really is that party leaders who should ordinarily serve as peacemakers to keep the party alive for all times are actually the instigators and catalysts of the conflict.

Anyone who does not appreciate this would never know why proclamation by the governor was delayed. Similarly, why inauguration took the form it took and why some persons elected state legislators are serving their terms in Abuja would remain inexplicable. Unfortunately, national leaders who ought to have been neutral took sides. Pushed by those who often play god, federal legislators did not restrict themselves to their seeming power of legislating for a beleaguered state legislature , they went overboard to illegally direct an elected executive governor to issue a second proclamation.

To establish that what they wanted was not peace but power, they continued to insist on a second proclamation contrary to judicial pronouncements. As the conflict worsened, clear factions emerged and began to suspend one another’s leaders. Instead of quashing the counter suspensions and ordering everyone to the dialogue table, the party leaders first endorsed the suspension of one side before announcing the setting up of a team to look into the conflict. In Edo, our people say when a thief is helping a man to search for his stolen goods, they can never be found. Perhaps because no one educated the so-called peacemakers on this adage, peace in Edo has remained elusive. We hear President Muhammadu Buhari, the overall leader of the party had long directed a resolution of the conflict. There are also reports that although both our revered Oba of Benin and the state council of traditional rulers have also intervened, peace has continued to evade the APC.

Interestingly, the Benin Oracle/Ancestors have maintained complete silence contrary to how we were told they eloquently spoke just before the 2012 and 2016 elections. This seems to have left Edo peacemakers circumlocuting in search of nothing. 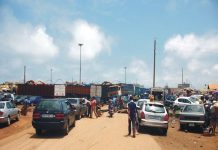 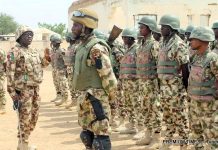 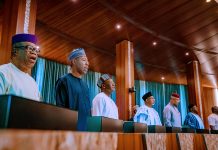