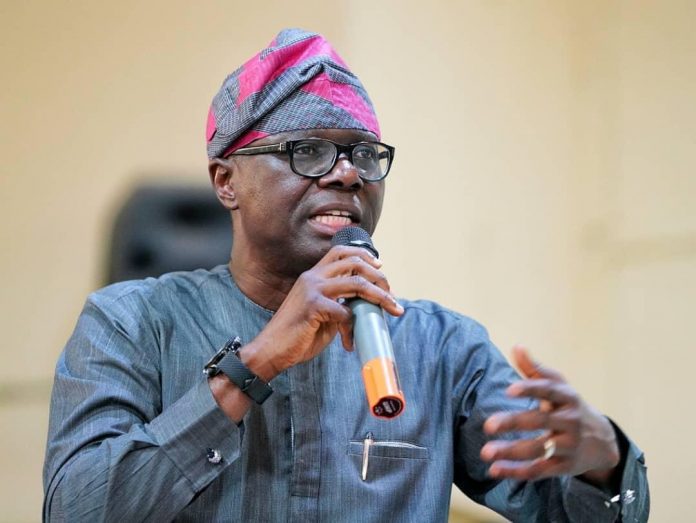 Lagos State Governor, Mr Babajide Sanwo-Olu, has called on graduating students to add technology driven skills to their primary course of study to compete favourably in the labour market.

Sanwo-Olu gave the advice on Friday at the maiden graduation ceremony of the Mountain Top University (MTU) in Ibafo, Ogun State.

The governor delivered a lecture titled, ‘Future of Job and the World of Work: The Need for Graduates That are Globally Competitive’.

According to him, the knowledge acquired in the university will become obsolete in a short,  while the graduandos needed continuous advancement.

To be ready for the future, he urged the graduating students to embrace technology driven skills as jobs of the future will be driven by such.

”Many of the things you learnt in the university will have become obsolete even before you complete the National Youth Service Corps (NYSC).

”This is the truth. 50 or 100 years ago, we didn’t know that new technologies would have emerged to shape the world as we knew it.

”It is certain that to thrive in that world, university graduates will need to be fully prepared.

“They will need to be educated in the tools and the languages of that world and will need to have capacity to compete with other graduates in the quest for jobs and employment.

”We must also extend this to curriculum transformation. We will not progress in the 21st century using 20th century curricula.

”Our young people must become comfortable with coding, robotics, 3D printing and other technologies from an early age, especially in the public school system.

”Regardless of what academic track our students are on: arts, sciences or social sciences, technological literacy must be a common denominator,” Sanwo-olu said.

He said that students must commit themselves to life-long learning as they would be judged not only by what they know, but also how quickly they could learn new things.

Sanwo-olu said that technology had made it easier for users to find job opportunities outside their immediate environment.

The  Vice-Chancellor of the University, Prof. Elijah Ayolabi, called on the students to be good ambassadors of the institution.

Ayolabi said that the students were “the firstborn, pride of the institution and the symbol of its strength”.

”What you do with the training you got is your sole responsibility. I charge you today, therefore, to remember the responsibility placed on your shoulders as the first children of MTU,” he said.

The university graduated a total of 120 students, 22 among them bagged First Class Honours in various disciplines.
(NAN)