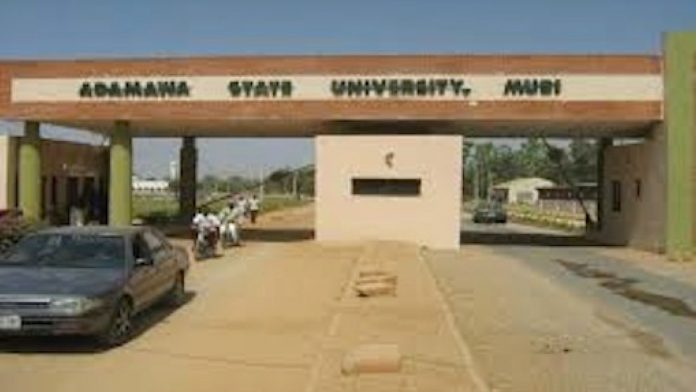 Four female professors applied for the substantive position of Vice-Chancellor, Adamawa State University, Mubi.
The Chairman of the Governing Council of the university, Alhaji Auwal Tukur, disclosed this while unveiling the total number of applications received by the council in Yola on Friday.
Tukur said that the council received a total of 25 applications from interested applicants across the country.
He added that “the next action is for the council’s Screening and Selection Committee to filter the applicants for appropriate action.
“We have so far received a total of 25 applications for the position of  Vice Chancellor, Adamawa State University, Mubi,
among them are four female professors.
“The next action is for the council to ensure transparency and justice for every applicant and to
select the best among them for the position.”
The chairman announced that among the female applicants are Prof. Kwaletapwa Farauta, the current acting vice chancellor of the
university and Prof. Anah Malgwui.
He noted that others are: Prof. Fati Adamu and Prof. Jennifer Audu.
He added that the key principal officers of the university, namely: vice chancellor, registrar, bursar and librarian, were all
on acting capacity and from the recent development, all the offices would be occupied by substantive officers.
According to him, three successful candidates will be presented to the state governor for final appointment.He confirmed that before the end of the first quarter of 2020, successful and substantive vice chancellor would
emerge. (NAN)