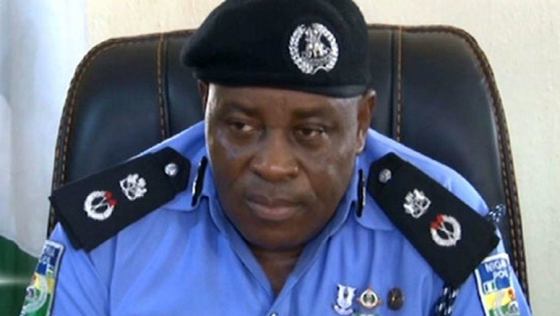 The Commissioner of Police in Abia, Mr Ene Okon, said on Monday that the command arrested five persons in the last 10 months, including a dismissed Maj.-Gen. for allegedly dealing in firearms. Okon said that the army general (name withheld) was arrested last week with some firearms in Aba, the commercial hub of the state. He spoke at a news briefing in his office to highlight the achievements of the command since he assumed office in February.

He said that the suspects included a 12-member syndicate that allegedly specialised in the theft and dismantling of cars, which they sold to ready buyers in parts. According to him, “this syndicate steals people’s vehicles at gunpoint and within 10 minutes to 20 minutes, they would dismantle them that it would be difficult for the owner to recognise.

“They will, in turn, sell the dismantled parts of the vehicles to buyers, who are aleady waiting at their hideout in Ubakala.” He said that 12 members of the syndicate were arrested, while the hideout had been razed down. Okon further said that operatives of the Special Anti-Robbery Squad (SARS) busted a notorious cartel that dealt in hard drugs at Ntigha in Isialangwa North council area of the state.

He said that the operatives made some arrests and recovered large quanties of cocaine and cannabis sativa, while two leaders of the cartel, who are natives of the area, reportedly escaped. He said that the suspects would be properly arraigned at the end of the ongoing investigations. He regretted that the command lost at least eight of its operatives in the line of duty in 2019.

Meanwhile, the police chief said that Umuahia now experienced a sense of unprecedented peace and security with the arrest of the remnant of a notorious armed robbery gang, whose leader, popularly called Grave, was killed about two weeks ago during a cross-fire with men of SARS. He assured the residents of adequate measures to consolidate on the successes so far recorded to ensure that they had a crime-free Christmas and New Year celebrations.

“The bonus I have for Abia residents is that they will have a peaceful celebration and sleep with their two eyes closed during the festivities,” Okon said. He further said that the ban on the use of fireworks during the festivities was still in force. He also said that police division had been directed to rid the streets of used tyres to prevent bonfires on major roads during the Yuletide.