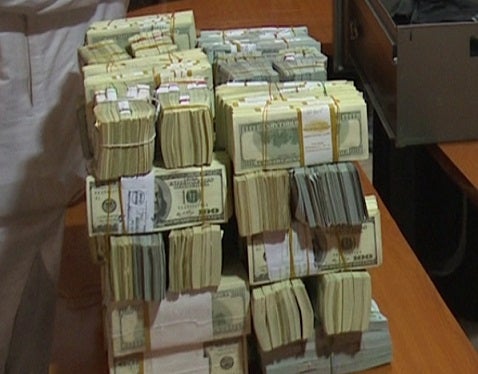 The Federal Government has alleged that over $400billion was laundered and stashed abroad by corrupt leaders in the country and their foreign accomplices, including multinational companies.

The Attorney-General of the Federation and Minister of Justice, Abubakar Malami, who made the disclosure in a speech he presented at the eighth session of the Conference of States Parties to the United Nations Convention Against Corruption in the United Arab Emirate, UNCAC, decried that illicit financial flows from the country are foreign havens. Malami is the head of Nigeria’s delegation to the conference that kicked off Monday.

The AGF, in a statement issued by his Special Assistant on Media and Public Relations, Dr. Umar Gwandu, and made available to newsmen, noted with great concern the incidence of illicit financial flows which he said goes through the financial systems annually, particularly from developing to developed economies.

“The quantum of these illicit flows which are majorly proceeds of crime undermines local currencies, constitutes a threat to the economy, and enhances the risk of huge amounts of money flowing into channels such as organized crimes and terrorism”, he was quoted to have stated.

According to the AGF, “Bad eggs among public officials have been compromised by multinational companies and our resources looted and diverted through inflated contracts”. Malami noted that with the return of democratic governance in 1999, Nigeria recorded significant progress in the fight against corruption. “We have enacted legal frameworks and established several dedicated institutions focused on preventing and combatting diverse manifestations of corruption”.

He said the Federal Government has established numerous policies to promote transparency and accountability so as to prevent corruption before it occurs, using the institution of mechanisms that ensure data–policy nexus and inter-agency coordination. He also identified such a policy to include the establishment of and robust access to information regimen in the Freedom of Information Act, thus ensuring increased transparency and accountability. “We have committed to the Open Government Partnership and beneficial ownership disclosure and adopted a roadmap for implementation.

A few days ago we launched two significant initiatives: The Open Treasury Initiative which establishes a financial transparency portal to keep the public informed about financial transactions within a specified threshold, on a daily basis, and a pilot Beneficial Ownership register focused on the extractive sector.” Malami said in realization of the necessity of an effective Criminal Justice System for investigating and sanctioning corruption, Nigeria, embarked on the active implementation of the Justice Sector Reform Strategy that would cover issues such as International Cooperation Mechanisms, Mutual Legal Assistance, and reform of the Criminal Justice System.

“Proceeds of corruption and illicit financial flows constitute a huge chunk of resources needed for sustainable development but are regularly diverted from victim States,” he added. Consequently, Malami called for simplification of evidentiary requirements and other mutual legal assistance procedures as appropriate to enhance international cooperation under the Convention. He said Nigeria believes that the Conference of States Parties has a vital role to play in identifying the most effective means of overcoming existing legal obstacles to asset recovery.