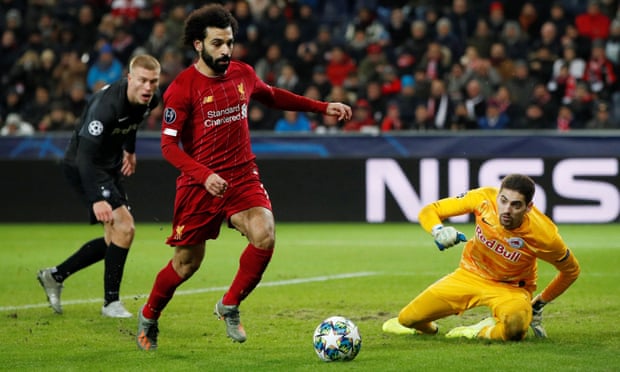 With the pressure on and qualification for the knockout stage of the Champions League in the balance, Liverpool delivered a performance befitting European champions. The dream of a third consecutive final appearance and return to Istanbul remains alive for Jürgen Klopp’s team after overcoming Salzburg in some style. They made it look easy in the end. It was anything but.

Liverpool finished top of Group E with a victory built on the composure and experience of champions, plus the brilliant execution of their front line. The champions of Austria played their part in an enthralling finale but from the moment Sadio Mané set up Naby Keïta – both former Salzburg players – for the opening goal the visitors assumed complete control. Mohamed Salah, guilty of several misses beforehand, struck an exquisite second moments later and Klopp’s team eased into the knockout phase they cherish.

Liverpool have reached the final of every European competition they have played under Klopp. They have never lost a two-legged knockout tie in Europe under him either. The unbeaten Premier League leaders will head for the Club World Cup in Qatar next week confident of maintaining that remarkable sequence in the new year.

This resembled a routine victory late on and Liverpool had to deliver a result with Napoli swatting aside Genk in the other game in Group E but it was a tense affair until Keïta struck.

Salzburg’s coach and players had been full of confidence in the build-up to the club’s biggest European night. It was immediately apparent they had the tools to back up the talk. From the bravery to play through and around Liverpool’s press to intricate one-touch moves around the visitors’ penalty area, the hosts started with the arrogance of youth and the belief of domestic champions. Virgil van Dijk was called into action to deny both Erling Haaland and Hee-chan Hwang in the opening minute. Notice had been served that this was to be a demanding night for Van Dijk and his fellow defenders.

Alisson was required to make six saves in the first half, the most impressive when the Salzburg playmaker Takumi Minamino back-heeled Hwang into space and the striker cut back inside Jordan Henderson to force the Brazilian goalkeeper into a fine left-handed save at close range. He also denied the outstanding Enock Mwepu twice, Hwang again and Haaland as Salzburg opened up the Liverpool defence with surprising regularity.

The contest was utterly compelling because it flowed from end to end and, despite Salzburg’s swagger in possession, it was the European champions who crafted the clearer openings before the interval. Fine goalkeeping from Cican Stankovic and dreadful finishing by Salah ensured Liverpool were kept waiting for that all-important breakthrough.

The game opened at a frenetic pace with more goalmouth activity in the first 15 minutes than the entirety of many contests. Liverpool’s first excellent opening arrived from the direct source of a Dejan Lovren ball down the centre, so effective in the derby rout of Everton last week. Salzburg’s central defender Maximilian Wöber, the weak link, misjudged the flight of the ball and allowed Salah a clean run on goal. The Egypt international took the shot early but Stankovic stood up well to make an important early block.

Salah had no excuse for failing to beat the home goalkeeper at his next attempt, however. Keïta burst into space vacated by Wöber after the defender over-committed high up the pitch. As Salzburg defenders closed in, he released Salah free inside the area but, unmarked and with only Stankovic to beat, he dragged a first-time shot horribly wide. The Liverpool forward almost made amends on the stroke of half-time with a delightful pass into the overlapping run of Keïta. Stankovic was again to the rescue of his team, racing out quickly to smother the midfielder’s shot and breathing a sigh of relief when the rebound struck Keïta on the chest and sailed out for a goalkick.

It was the same story at the start of the second half. Sané then hit an instinctive shot from in front of goal high over the bar. When Roberto Firmino threaded another ball between the hosts’ central defenders and Salah attempted to round Stankovic, the keeper got a vital touch at the last and another chance had gone.

It was a mark of champions that they did not undermine Liverpool or Salah unduly. Two goals in two minutes, both involving Stankovic rushing from his line unnecessarily and excellent finishes, turned a troublesome night into a triumphant one for Klopp’s team.

The Salzburg keeper may have been over confident following earlier events but beyond question was the quality of Liverpool’s goals. The opener arrived moments after Joe Gomez had replaced the injured Lovren. Trent Alexander-Arnold swept the substitute’s pass over to Andy Robertson who touched on to Mané. In a flash the Senegal international darted past Jérôme Onguéné into the area and, as Stankovic stormed off his line, clipped an inch-perfect cross from the left for Keïta to head home.

Salzburg’s hopes crumbled within seconds. Moments later Henderson sprayed a hopeful ball behind Onguéné for Salah to chase. The defender connected with a weak header and the error was compounded by Stankovic sprinting out of his area in an attempt to clear. Salah easily beat him to it but his first touch took the ball towards the byline. No matter. He simply curled a deft finish goalwards and forgot those previous misses as his hardest chance of the night nestled inside the far post. An outstanding finish and Liverpool coasted into the knockout stage from that point on. They remain the team to fear in Europe. 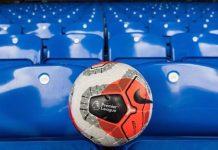 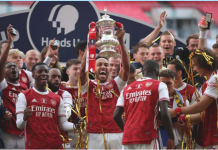 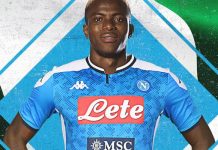