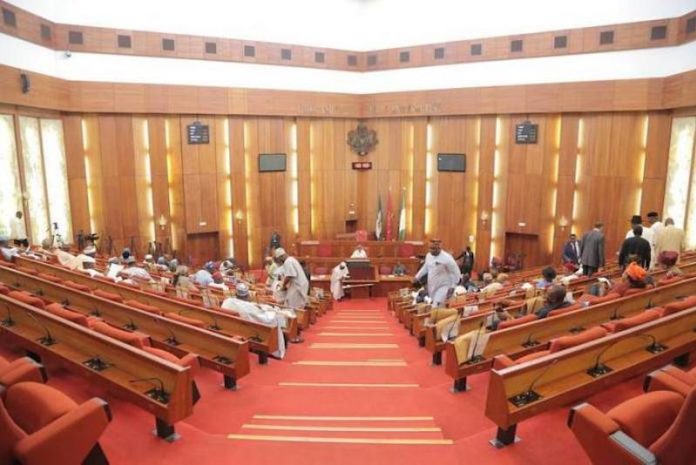 The bills, which scaled second reading on the floor of the Senate, were sponsored by the Deputy Senate President, Ovie Omo-Agege and Senate Leader, Abdullahi Yahaya, respectively.

The proposed legislation titled “A Bill for an Act to Prevent, Prohibit and Redress Sexual Harassment of Students in Tertiary Educational Institutions and for other matters connected therewith 2019” has 27 clauses.

The bill proposes up to 14 years jail term, with a minimum of 5 years, without an option of fine for any educator who commits sexual offences in tertiary institutions.

The bill defines sexual offences as including: sexual intercourse with a student or demands for sex from a student or a prospective student or intimidating or creating a hostile or offensive environment for the student by soliciting for sex or making sexual advances.

Other forms of sexual harassment identified in the bill are grabbing, hugging, kissing, rubbing, stroking, touching, pinching the breasts or hair or lips or hips or buttocks or any other sensual part of the body of a student; or sending by hand or courier or electronic or any other means naked or sexually explicit pictures or videos or sex related objects to a student, and whistling or winking at a student or screaming, exclaiming, joking or making sexually complimentary or uncomplimentary remarks about a student’s physique or stalking a student.

Senator Omo-Agege, in his lead debate, said “the most effective way to deal with the offence of sexual harassment in our tertiary institutions is to penalise the very impropriety of the act, with or without consent.”

According to him, sexual harassment must be defined in tertiary educational institutions as statutory rape with strict liability for offenders to be prosecuted easily.

On the extension of the bill to primary, secondary schools, worship centres and work place, Omo-Agege said doing so will not be necessary because the Criminal and Penal codes already adequately deals with these categories with sufficient clarity.

He, however, stressed that the bill prescribes expulsion for students who falsely accuse educators of sexual harassment.

He said, “An educator whose character is maligned is at liberty to sue for defamation under the law of defamation which is well-settled in our jurisprudence and needs no duplication in this bill.”

The bill also seeks to support small businesses in line with ongoing ease of doing business reform, and raising revenues for government by various fiscal measures, including a proposal to increase the rate of Value Added Tax from 5 percent to 7.5 percent.

According to Abdullahi, the additional revenues to be made by the Federal Government when this bill becomes law will be used to fund health, education and infrastructure programmes.

“It is absolutely essential to intensify the revenue generation efforts of this administration and its commitment to ensuring that the inconvenience associated with any fiscal policy adjustments is moderated such that the poor and the vulnerable, who are most at risk, do not bear the brunt of these reforms,” Abdullahi said.

Other bills which scaled second reading on the floor are: A Bill for an Act to provide for the establishment of the Federal University of Education, Kontagora, sponsored by Senator Aliyu Sabi Abdullahi (APC, Niger North), and A Bill for an Act to establish the Federal College of Education, Illo, sponsored by Senator Yahaya Abdullahi (APC, Kebbi North). 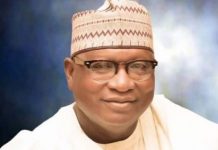 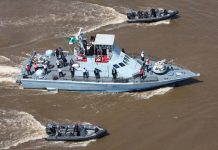 Magashi: With Latest Hardware, We’re Set To Overcome Insecurity In Our Waters