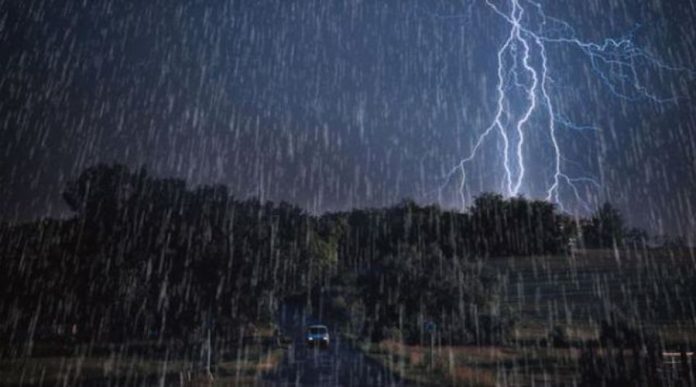 Nigerian Meteorological Agency (NiMet) has predicted prospects of rainfall activities over some parts of central and southern region on Tuesday.

NiMet’s weather outlook by its Central Forecast Office (CFO) on Monday in Abuja predicted partly cloudy conditions over the Northern states throughout the forecast period.

“For Central states, localised thunderstorms are anticipated over Ilorin and Mambilla Plateau axis in the morning hours.

“Later in the day, localised thunderstorms are likely over the high grounds of the central cities.

The agency envisaged cloudy conditions over the inland states with chances of thunderstorms and rains over the coastal cities of Southern States in the morning hours.

“As the day progress, thunderstorms and rains are expected over the region with day and night temperatures to be 29 to 31 degree Celsius and 21 to 24 degree Celsius. (NAN)