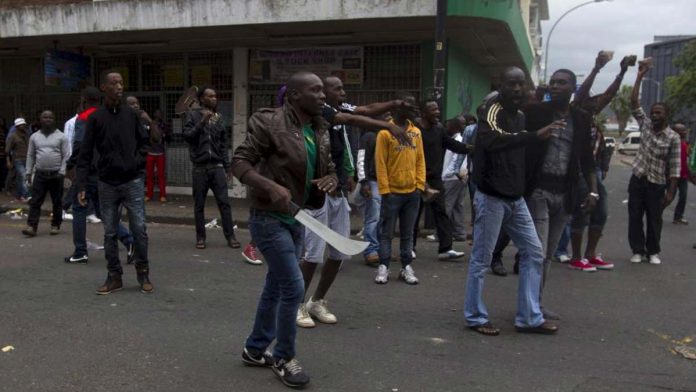 In the heat of the 2019 xenophobic attacks in South Africa, in which over 600 Nigerians voluntarily indicated interest to return home, former President Olusegun Obasanjo, said the Nigerian government and other countries whose citizens were victims, should initiate actions against South Africa.

The former Nigerian leader said that the countries should come together and table the issue before the African Union, should the situation in South Africa persists.

Analysts agreed that South Africans viewed immigrants as burden on their economy, and also with erroneous impression that they were responsible for most crimes in South Africa.

Moved by the spate of attacks on Nigerians living in South Africa and their investments, Nigeria government sent special envoys to South Africa, to express the country’s sadness of the development.

As a way of assuaging the feelings of Nigeria, South African President, Cyril Ramaphosa, also sent special envoys to Nigeria and apologised over the xenophobic attacks.

But beyond the special envoys and the apology, what most Nigerians are demanding is justice for the victims.

Mr Omoriegbe Ogboro, Head of Legal Desk, Nigerian Union, South Africa, said most Nigerians are already coming together to institute legal action against the South Africa government for failing in its responsibility to protect Nigerians living in their country.

According to him, South Africa government should be held responsible for the xenophobic attacks against Nigerians living in their country, because the government failed to protect them and nationals of other African countries.

To him, the lawsuit will serve as deterrent to South Africans from further attacks because a warning signal would have been sent to the government and its citizens.

Ogboro said that the impact of the lawsuit against South Africa would ensure that when the government is paying for the xenophobic attacks, it will compel her to tighten up security in future to forestall further xenophobic attacks.

He decried the ingratitude of South Africa to Nigeria, stressing that Nigeria spent huge resources to ensure end of apartheid in South Africa.

Dr Kayode Ajulo, a human rights lawyer in his submission, noted that the xenophobic attacks in South Africa stem from the standpoint of misplaced anger, hatred on the part of South Africans towards other Africans and most especially Nigerians.

Ajulo regretted that South Africans failed to acquaint themselves with their not too long history of apartheid for which Nigeria played a key role in ending.

He said that the unexpected behaviour of South Africans that attacked Nigerians cannot be justified in the face of unprovoked attacks that Nigerians have been receiving in the hands of their South African counterparts.

Ajulo said that such attacks on citizens of other African countries were not reflective of the true spirit of Africanism.

He described the action as barbaric and capable of having a spill-over effect on the Africa Continental Free Trade Agreement, already in force.

He stated that the mandate of the African Court on Human and Peoples Right was to monitor respect for human rights on the African continent in line with the instruments.

“It is elementary principle of international law that a state is entitled to protect its subjects, when injured by acts contrary to international law committed by another state, from whom they have been unable to obtain diplomatic action or international judicial proceedings on behalf of its citizens.’’

Ajulo said that the Federal Government must toe the path of law and order to protect the rights of Nigerian citizens in South Africa affected by the xenophobic attacks in order to get justice for the gruesome violation of their fundamental rights.

According to him, the court is empowered to hear cases brought against African states for failure to respect human rights.

“ The court issues binding judgments in such cases and where violations are found, may award compensation and other remedies to victims,’’ he said.

Another legal practitioner, Mr Inibehe Effiong, regrettably that Nigeria was not among the nine countries in the continent that have ratified the declaration that permits non- governmental organisations and individuals to activate the jurisdiction of the African Court of Justice and Human Rights.

This according to him means that NGOs and individuals cannot institute legal proceedings against the Republic of South Africa, but only Nigeria whose citizens were affected can do so.

He however called on the Attorney General of the Federation, to institute legal action against South African government in view of the mindless attacks against her citizens living in the country.

Effiong noted that since the government of South Africa has now publicly declared that no compensation will be paid to victims of xenophobia, the Nigerian government should seek redress on behalf of Nigerians citizens affected by the xenophobic attacks in South Africa. (NANFeatures) 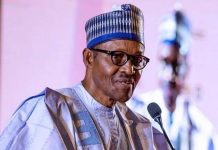 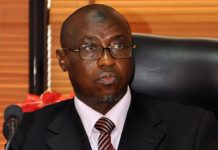 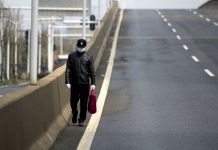