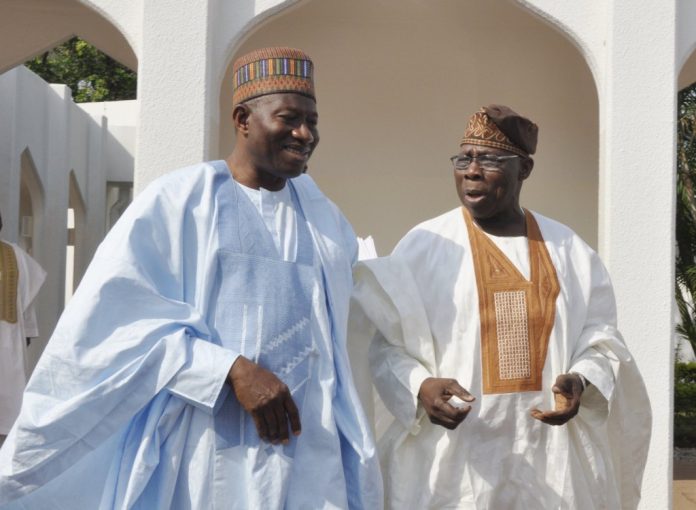 In Chapter Sixteen of his new book: Burden of Service “The State of Emergency”, Mr. Adoke said despite all the pressure by Obasanjo and those who had interests in ousting Daniel from office as governor, President Jonathan resisted the pressure.

He stated further that “Obasanjo tried to exert a lot of pressure on Jonathan, urging him to declare State of Emergency. He wanted Jonathan to suspend Daniel and appoint an Administrator to return things to normalcy. When the President asked for my view, I felt the crisis had not reached a boiling point where he would need to declare a state of emergency. I further pointed out that there were enough provisions under Section 11 of the Constitution to deal with situations where a House of Assembly of a state is unable to sit. The Constitution provides for the function of such a State of Assembly to be taken over by the National Assembly.

“In that case, the Governor of Ogun State, Otunba Gbenga Daniel, had fallen out with Obasanjo over who would control the state executive of the PDP ahead of the 2011 election. The House of Assembly had also been divided, so Otunba Daniel could not function effectively, especially regarding getting the approval necessary for the N100 billion bond he wanted to get from the capital market. All the intrigues raging through Ogun state had led to a shutdown of the House of Assembly Complex. Government practically ground to a halt,” he stated further.

Adoke argued in the book that “even if there were a need to declare a State of Emergency, it would have been to give some extraordinary powers to the Governor and suspend parts of Chapter 4 of the Constitution which relate to fundamental human rights, as opposed to the removal of the Governor”.

He said if Jonathan had buckled to pressure to declare a state of emergency in Ogun state then, “There was no way we would have been able to constitutionally justified the suspension or removal of a governor through the instrumentality of the proclamation of a state of emergency, having regard to the provision of Section 305 of the 1999 Constitution”.

He noted that those who pressured the ex-President to declare State of Emergency did so because of the misuse of declaration of State of Emergency by former President Obasanjo when he removed Mr. Joshua Dariye from office as then governor of Plateau State.

Adoke said on page 156 of the book “Because declaration of State of Emergency had been wrongly used by Obasanjo to remove Governors whom he had political differences with, those who thought they loved Jonathan more than he loved himself kept clamouring for it to be used to checkmate Governors”.

“But when I came into office, I took cognizance of the fact that I swore to an oath to abide by the Constitution. I also vowed that as the custodian of the Nigerian Constitution, who must be the legal adviser to all arms of government, I must do what was right. Irrespective of the pressure, I refused to allow the political persuasion of the government of the day to colour my judgment. I advised the President that while he could declare a State of Emergency, that did not warrant the removal of a Governor,” he further stated in the book.
Adoke noted further that when a similar scenario occurred in 2013 when the “hawks” piled pressure on Jonathan to remove the governors of Borno, Yobe and Adamawa states following the declaration of Emergency in the respective states, the Ogun example helped sent a precedence that savaged the situation.

The former attorney general however noted that the non removal of the three governors despite been the main opposite All Progressives Congress (APC) and the mounting pressures from some Jonathan’s hawkish ministers earned him serious rebuke especially from top politicians in the country.

According to him “I became an enemy of many people in government who accused me of misleading the president,” adding that after the Federal Executive Council (FEC) where he defended his position against the removal of the governors of the three North-Eastern states “some ministers began instigating the Ijaw leader, Chief Edwin Clark against me. They said it was “one man” with a “bogus title” of Attorney General of the Federation” who prevented the President from removing the governors and replacing them with Administrators. From what filtered to me, Clark was very angry with me and even suggested that the President “should remove that Attorney General”. But the President always had my back”.

He concluded that the precedence set by ex-President Jonathan also saved Rivers, Akwa Ibim and Kwara under the present political dispensation.

“It must be a compliment to President Jonathan that President Buhari has also avoided deploying the State of Emergency as a tool in Rivers, Kwara and Akwa Ibom states, despite the political benefits. It is a worthy legacy”.