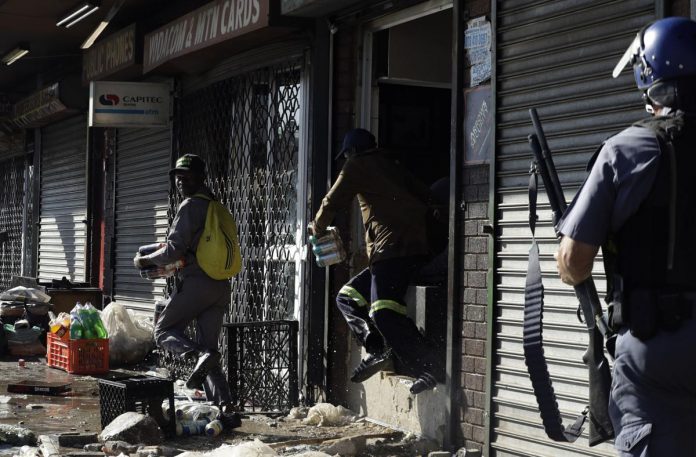 Ms Omotola Adetunji, the Founder, Guild of Nigerian Professionals in South Africa (GNP-SA), says recurring attacks against foreigners in that country portends great dangers to the unity and economic prosperity of Africa.

Adetunji in a statement made available to News Agency of Nigeria (NAN) in Lagos on Monday said that it was saddening that the attacks took place barely few weeks after the signing of the Africa Continental Free Trade Area (AFCFTA).

NAN reports that the operational phase of AFCFTA was launched in Niamey, Niger Republic on July 7, 2019.

According her, the Guild will continue to promote cooperation amongst Nigerians and South Africans, while strengthening the hands of Nigerian professionals based in South Africa.

“We are pleased with the report by the South Africa’s presidency after the visit of the special envoy that President Muhammadu Buhari will make an official visit.

“This visit is to strengthen the bonds of friendship between the two countries and tackle the issues which have been raised in recent days.

“We strongly condemn any criminal acts carried out by Nigerians or any other foreign nationals in South Africa and categorically assert that any Nigerian engaged in illegal activities should desist from such.

“We also hope that the police do well to arrest foreign nationals engaged in crimes but not resort to their unlawful killings,” he said.

Adetunji condoled with the families of victims of the attacks, especially that of a taxi driver, Jabu, who was shot dead in Pretoria.

“We condemn acts of community vigilantism or mob justice, particularly if such attacks are based on allegations which have not been investigated by the police,” she said.

NAN reports that GNP-SA, established in 2013 is a body that consists of professionals of Nigerian extraction who practice in fields of medicine, law, engineering, communications and information technology.

The Guild, focused on promoting increased opportunities for Nigerian professionals in South Africa, has strong ties with the South Africa and Nigerian Chamber of Business, the Nigerian High Commission and other corporate entities. (NAN)