The Tribune on Sunday August 4 said that Federal Government has started discreet investigation of a few people who have declared they won’t pay back N5 trillion debts because it’s part of their share of national cake.

Last Tuesday, Osinbajo put the panel in place following the inability of the Assets Management Corporation of Nigeria (AMCON) to recover the loans from the debtors who from the corporation’s records, include serving senators, top media moguls, celebrated businessmen, senior Federal Government appointees and acknowledged billionaires.

Bond together to force repayment, were the Economic and Financial Crimes Commission (EFCC), the Independent Corrupt Practices and Other Related Offences Commission (ICPC), Nigerian Financial Intelligence Unit (NFIU) and the Ministry of Justice.

“A joint operation has now commenced to secretly trace all the assets of the debtors, especially those not publicly linked to, and known with, them.

“A source within EFCC disclosed that given the fact that the high-profile debtors are also very influential within government circle and in society, well-thought-out strategies are needed to force repayment out of them.

“The source noted that considering the inability of AMCON to get them to pay, despite being backed by the law, the normal operations of getting debtors to pay might not be effective against the affected Nigerians.

“It was gathered that assets being targeted include those with high economic and commercial values like private jets owned by some of them, well-placed investments and high-yield properties.

When all hidden and known assets are traced, each of them would be called in and given the options of either paying up or losing listed assets.

“Calls to the mobile phones of the acting chairman of the EFCC, Ibrahim Magu rang out. Same also happened with the contact lines of the commission’s acting spokesperson, Mr. Tony Orilade.

From the conversation with the EFCC source, it will likely take a while for the assets of the debtors to be traced and collated.

“The source was, however, certain that all the outstanding loans would be recovered from the influential Nigerians.”

No doubt, this economic terrorism is a Titanic battle that might even be harder nut to crack more than Book Haram terrorism. 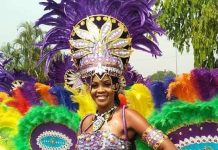 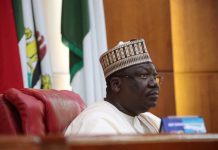 ﻿Lawan@61: The Quintessential Politician Behind The Gavel By Ola Awoniyi 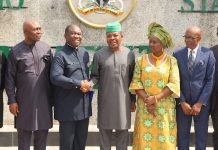