The Organization of the Petroleum Exporting Countries (OPEC) has revised down its forecast for oil supply growth from non-OPEC countries in 2019 down by 95,000 barrels daily to 2.05 million barrels daily (mb/d) due to the extension of OPEC+ oil output cut deal.

The downward revision is contained in an OPEC monthly report issued Thursday.

Crude oil prices rose after early reports of OPEC’s decision. However, prices were not expected to rise dramatically, as countries that don’t cooperate with OPEC — like the U.S. — have enough capacity to meet projected growth in demand.

OPEC’s supply cuts, which Russia and several other non-member countries are also observing, were put in place on a temporary basis at the beginning of 2017.

They are credited with helping stop a dramatic multiyear slide in oil prices, and OPEC has opted to extend the cuts repeatedly since then.

“The downward revisions are mainly due to the extension of the voluntary production adjustments by participating oil producing countries of the Declaration of Cooperation,” the report read.

The downward revision was also caused by updated forecasts for oil production in Brazil and Norway in the second half of 2019.

However, next year, non-OPEC oil supply is projected to grow by 2.4 mb/d, averaging 66.87 mb/d, with the United States, Brazil, Canada and Norway being the main drivers of the growth. (Sputnik/NAN) 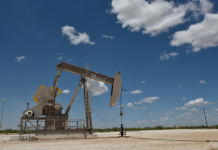 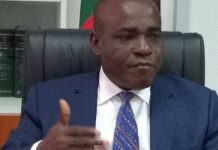