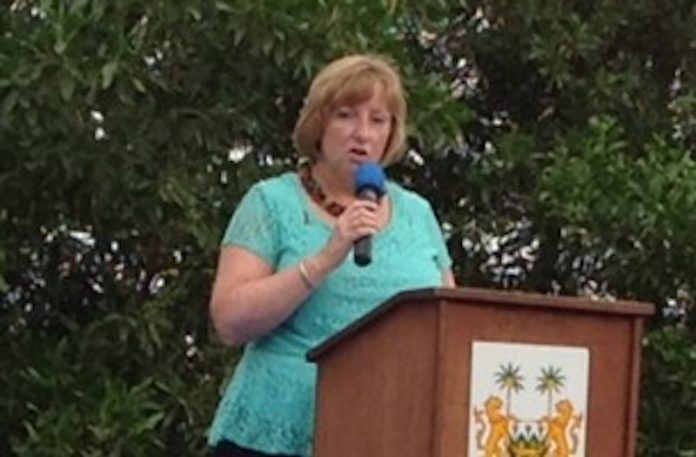 The Deputy Chief of Mission, Embassy of the United States of America. kathleen FitzGibbon, has called on the new leadership of the National Assembly to help towards tacking insecurity in the country.

FitzGibbon, one of the foreign dignitaries who is representing the U.S Ambassador, Stuart Symington, made the call at the sideline of the 9th National Assembly inauguration on Tuesday in Abuja.

She said that the National Assembly should be prepared for work soon, to enable it tackle the issue of insecurity, development and poverty in the country.

“We wish and hope that the National Assembly can get to work as soon as possible to solve some of the critical issues in the country like insecurity, development among others.

“I am sure everybody here is looking forward to doing just that.

“They need to vote for the best leadership of the National Assembly for the people,” she said.

She also urged the lawmakers to represent their constituents well by ensuring they fulfill their desires.

“As lawmaker are the representatives of the citizens, they know what the citizens want and I hope they are able to fulfill those desires.

“We just hope that we can see a lot of good actions and activities in the year and in the National Assembly,” she said.

FitzGibbon, therefore appealed to Nigerians to be hopeful as well pray for their leaders to take the country forward.

“As Nigerians are hopeful, keep hoping, praying and supporting the leadership to bring the country forward for development and solve the security problems,” she said.(NAN)