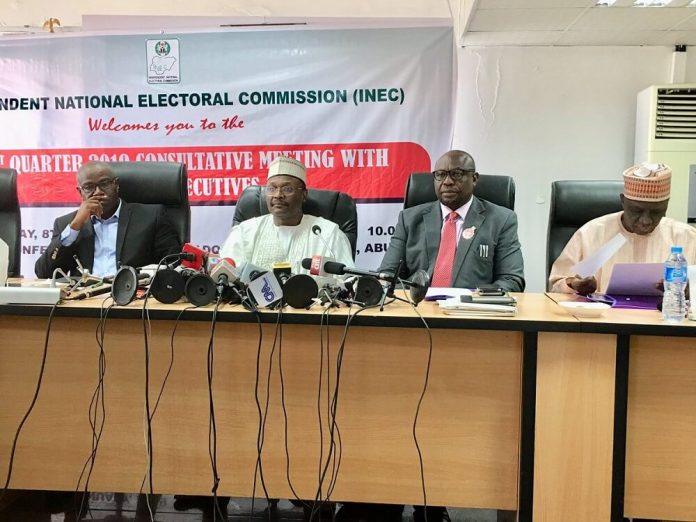 The Independent National Electoral Commission (lNEC) has shifted the date for the Kogi and Bayelsa States governorship election earlier scheduled for Nov. 2 to Nov. 16.

The Commission disclosed this in a statement issued by its National Commissioner and Chairman, Information and Voter Education Committee, Mr Festus Okye on Thursday in Abuja.

The decision, according to Okoye, was taken at the commission’s regular weekly meeting held on Thursday, following several appeals received by INEC from critical stakeholders from Bayelsa demanding for a change in the earlier fixed date.

“It will be recalled that on April 9, lNEC released the timetable and schedule of activities for the Kogi and Bayelsa governorship elections. The Commission fixed Nov. 2 for the elections to hold in both states.

“However, the Commission received several appeals from Bayelsa that the election coincided with the state’s Annual Thanksgiving Day which is backed by law.

“After a careful consideration of the appeals, the Commission at its regular weekly meeting held today Thursday May 16 decided to shift the governorship elections in Kogi and Bayelsa States to Saturday Nov. 16,’’ he said.

Okoye added that the timelines for all other activities leading to the elections have also been adjusted to align with the new date.

The News Agency of Nigeria (NAN) reports that according to the amended timetable and schedule of activities for the elections signed by Secretary to the Commission, Mrs Rose Oriaran-Anthony, the notice for the elections would be released on Aug. 17.

Collection of forms CF001 and CF002 by political parties from INEC for the elections would be on Aug. 18, while the conduct of parties primaries would hold from Aug. 18 to Sept 5, and election campaign would commenced by Aug. 18.