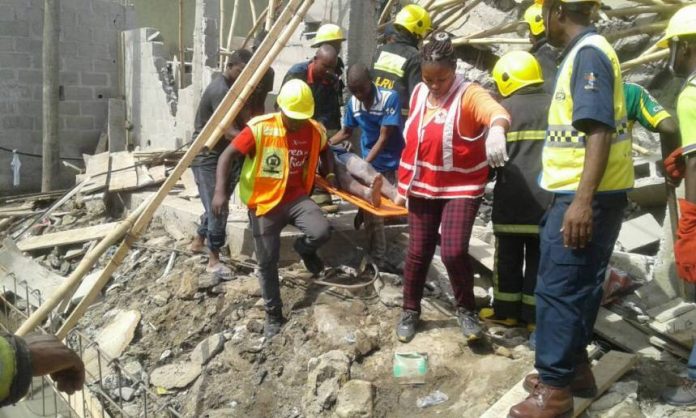 Following the collapse of a three-storey buildings in Ita Faaji, Lagos Island, in which many primary school pupils were killed and injured, the Lagos State Government on Friday started the demolition of some dilapidated buildings on the island.

Checks by our correspondent revealed that no fewer than 180 of such buildings are to be pulled down on Lagos Island alone.

Already, the state government, through the Ministry of Urban and Physical Planning, had earlier marked the buildings for demolition and on Friday, the exercise took off.

Buildings to be pulled down cut across many areas of Lagos Island such as Sandgrouse, Campos area, Adeniji Adele among others.

Critics have blamed corruption on the part of state officials for not pulling the school building down after it was marked for demolition many months ago.

The first floor of the building was used for residential accommodation while the last two floors were used as classrooms by the owner of the school.