The Minister of Information and Culture, Alhaji Lai Mohammed says the Senate President, Bukola Saraki is rattled by mass movement against the Peoples Democratic Party (PDP) and his overdue hegemony in Kwara.

Mohammed, the head of the All Progressives Congress (APC) in Kwara stated this on Thursday in his home town, Oro, near Ilorin after a meeting with APC leaders and stakeholders in Kwara South Senatorial District.

Mohammed was reacting to allegations by Saraki, that the November 2018 by-election to fill the vacant House of Representatives seat for Ekiti/Irepodun/Isin/Oke-Ero constituency in Kwara was rigged by APC.

The Senate President in an interview with African Independent Television (AIT) on Tuesday alleged that the by-election won by the APC candidate, Hon. Raheem Olawuyi was “between the Police and the PDP”.

The minister, however, said that the allegation was baseless and the Senate President was rattled by his impending defeat in the forthcoming general elections.

“I have been told that the Senate President in the interview said the context was between the PDP and the Police and that an helicopter was brought in with ballot boxes and were delivered to APC.

“I think the Senate President is so rattled and so afraid that his reasoning is becoming illogical.

“The last by-election is the first and only free and fair election ever conducted in Kwara since 1999.

“This has been the testimony of all the stakeholders whether they are PDP or APC that it was the only election where there were no reports of ballot stuffing, ballot snatching.

“No single shot was fired by the Police and all hoodlums trying to perpetrate violence were contained and apprehended,” he said.

Mohammed further explained that, in line with the usual practice, when the election materials were delivered to the state by INEC, they were kept in the custody of the Central Bank of Nigeria.

He said on the eve of that by-election, all the party agents inspected the materials together in Ilorin.

“Like I have said, the Senate President has seen the handwriting on the wall that he will be defeated in the forthcoming elections and he is looking for excuses,” he said.

Speaking on the outcome of the meeting with the stakeholders, the minister noted that what was going on in Kwara was beyond election campaign but “a mass movement and revolution”.

“From what transpired today, it is as if nobody is waiting for anybody before doing something about the campaign. It is a mass movement.

“Leaders and stakeholders are funding campaign programmes and reaching out to the electorate.

“The electorate on their part are saying that it is not about money but about their freedom and prosperity for their children.

`I am coming out of this meeting much more encouraged.

“As a matter of fact, what they told me was that, I should go and campaign in other senatorial zones and leave them to deliver their zone, assuring that they will deliver Kwara South to APC,” he said.

The minister said he was confident of victory in the elections based on the support of the people of Kwara and their determination to end the Saraki’s hegemony.

“It is just not good to be complacent; however, if the report from the field and the euphoria are what we are to go by, we will stop campaigning.

“However, we will not stop our campaigns because we want to beat the PDP overwhelmingly in the polls,” he said.

The minister appealed to the police and other security agents to be deployed for the elections to ensure a level playing ground and nip any possible violence in the bud.

He noted that over the years, the weapons the PDP had been using to win elections in the state were violence, intimidation and instilling fear in electorate. 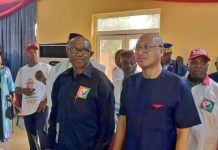 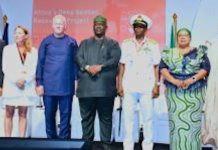