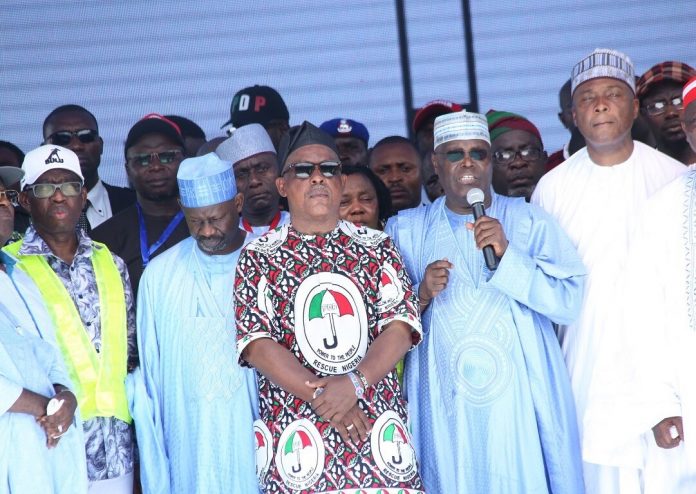 The PDP 2019 Presidential flag-bearer, Atiku Abubakar has commended his fellow contestants for the display of unity and commitment during the convention.

He made the remark while speaking at the convention after scoring 1, 532 votes out of the 3221 votes cast to get the ticket on Sunday in Port Harcourt.

He described the convention as a landmark event, adding: ”today, we have also witnessed the most credible, transparent and fair primaries.

”Let me commend my fellow contestants for displaying unity of purpose and commitment. This is a very rare event.

”My fellow contestants have shown that the interest of the party is paramount to our individual interest.

”I am prepared to work with you and together we will succeed and after we succeeded, we become partners in progress.

”I believe we learnt quite a lot from the conduct of this exercise because it went without a hitch and was very every successful.

”We look forward to working with you so that our party will return to power in the next election, “he said.

According to him, Nigerians are yearning for the return of PDP to power.

Abubakar, however, described APC government as ”clueless,” saying that if the PDP eventually assumed leadership of the nation, it would better the lot of the country.

He also described the delegates as wonderful, loyal party members who also displayed maturity and sense of patriotism.

”You (delegates) have the freedom to choose and exercise that freedom.”

He commended them for finding him worthy to represent them in the 2019 elections adding: ”I am humbled, you will not find me wanting.”

He advised the party not to forget the leaders who made it possible to usher in democracy in Nigeria.