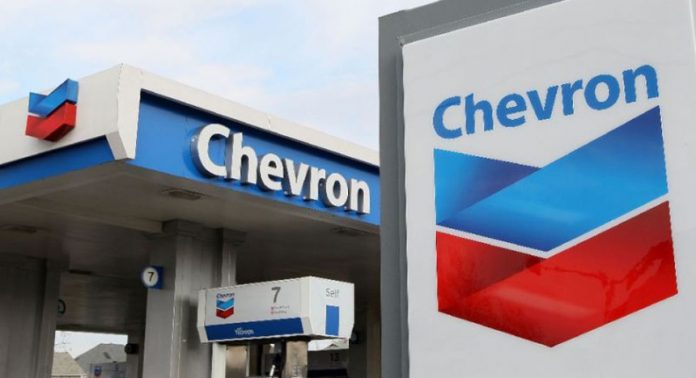 The case, which was adjourned for a report of proceedings at the Court of Appeal, could not proceed on Wednesday as the appellate court failed to sit.

The case was therefore, further adjourned until Dec. 4 for a report of proceedings at the appellate court.

The News Agency of Nigeria (NAN) reports that the suit is one among other suits by the Federal Government seeking to recover almost 12 billion dollars in missing crude oil revenue from some international oil companies.

At the last adjourned date of March 1, Justice Mojisola Olatoregun had dismissed a preliminary objection by the second defendant (Chevron Petroleum Nigeria Ltd) challenging the jurisdiction of the court on grounds of service of court processes.

The court had awarded a cost of N100,000 against the second defendant.

In its objection, the defendant had urged the court to set aside a purported service of an amended writ of summons and amended statement of claim on the second defendant for being incompetent.

Defence counsel had argued that the second defendant was not served with the amended processes in accordance with the provisions of the law, and had urged the court to so hold.

In its ruling, the court had dismissed the objection and held that service of originating processes was fundamental to the jurisdiction of the court, adding that such service must be personal, except where personal service was not possible.

The court further held that where a party undertakes to accept service, he cannot deny same, adding that from records it could be recalled that the processes were served.

Consequently, the court had dismissed the objection and expressed displeasure that since 2016 when the case was brought to court, there had been so many applications which had stalled progress in the suit.

Dissatisfied with the ruling of the court, the defendant had filed an appeal before the Court of Appeal challenging the said ruling.

At the last adjourned date, defence counsel had informed the court that there was already an appeal pending before the appellate court, adding that there was also a motion for stay of proceedings in the suit pending the determination of the appeal.

The court had consequently adjourned the case for a report of proceedings at the court of appeal.

The suit was filed through the Federal Government’s Counsel, Prof Fabian Ajogwu (SAN) in 2016, against some International Oil Companies (IOCs) to recover lost revenues arising from undeclared and under-declared crude oil shipments from Nigeria to different parts of the world.

The government had also sued Total E&P Nig. Plc, alleging that the oil company under-declared the volume of crude oil it shipped out of the country between January 2011 and December 2014.

The case against Total is also adjourned until Dec. 4.

The Federal Government accused the oil company of short-changing it to the tune of 245 million dollars, by allegedly shipping several barrels of crude oil out of Nigeria without making due remittance to the government.