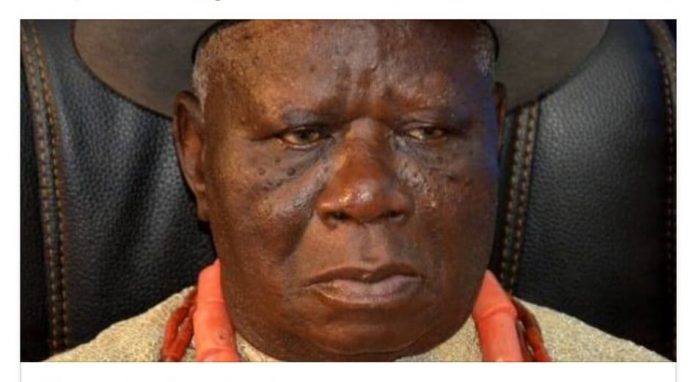 Elder statesman, Edwin Clark, says he has forgiven those that invaded his house over alleged stockpiling of firearms.

He made the statement when Sen. Shehu Sani (APC- Kaduna) visited him in Abuja.

The News Agency of Nigeria reports that some policemen on Sept. 4, searched Clark’s house for alleged firearms.

Clark said he decided to forgive them in the interest of peace and the fact that the Nigeria Police had apologised.

“I have forgotten all that since the Inspector General has apologised to me through a very powerful delegation; I have forgiven them in the interest of Nigeria.

“If I do not, there are people who are very willing to cause trouble and I do not want that to be done in my name.

“I have also appealed to my youths, my children at home who gathered at Yenagoa in Bayelsa, who were very upset to be peaceful,” he said.

Clark added that the incident was aimed at discrediting the President Muhammadu Buhari-led government.

He said, “coming to search my house was not a problem, but if it was not properly planned, or with an intention, just to embarrass me and the government then there is a concern.

“Whatever you do, if it fails, it affects the government of President Buhari, if it succeeds perhaps it will go on.”

He said it was unthinkable for him at his age and consistent call for peace, to stockpile arms.

He further said it would be unfair and unreasonable to think that a 91-year old man, who had been fighting for peace in the country and had directed youths to lay down arms, to stockpile arms.

The elder statesman said he had written the President, requesting a full investigation into the incident and those behind it, and not to make those that searched his house scapegoats.

Earlier, Sani said he was in the house to express concern over the incidence.

“I am pleased that the Police have taken action.

“I will call on you as a father to accept the apology of the police and also to do everything possible to work and express your opinion so that advantage should not be taken on this issue.

“You are not an elder statesman for a section of the country. You have fought for the peace and unity of this country.

The lawmaker cautioned security agents, who in as much as they needed whistle blowers and informants, to be careful with the information they worked with.

He further warned that false information and whistle blowing could be sources of instability and crisis in the country.

“Intelligence agencies and security agencies must do a background check on people who provide information to them so as not to rubbish their image and that of the government.

“I am of the firm believe that as a father, you will take this as simply an act that was done without the full intention of the person in the position of power in Nigeria.

“But I know very well that the need for probe is important so that we do not simply make scapegoats of very few people while those behind it are somewhere in the dark.”

“Your case should be the beginning of an end on the use of false whistle blowers and false informants to intimidate, harass and rubbish the reputation of innocent Nigerians.

“You have paid the price for the peace and unity of this country and that should be appreciated.

“I have no doubt that it was an intention to rubbish the name of Buhari’s government by this act and to set him against the people who respect him,” he said. 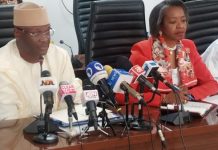