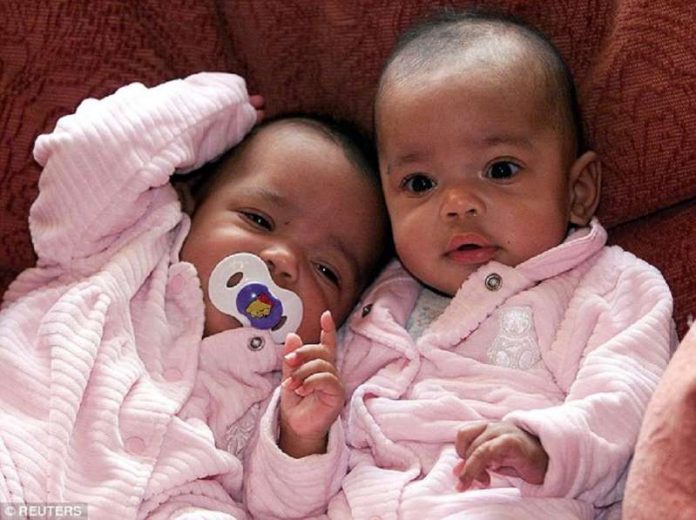 Bright, graceful and confident, 18-year-old sisters Kiara and Keyara Wecker begin university looking forward to a brilliant and happy future… a world away from their dark and chaotic start in life.

The twins were, as babies, at the centre of an international scandal after being sold online to British couple Judith and Alan Kilshaw.

At six months old they were caught up in a transatlantic battle after it emerged a US couple had already adopted the sisters, who were then snatched back by their birth mother Tranda Wecker and sold on to the Kilshaws for £8,200.

Now, nearly 18 years on, the Mirror has tracked down the sisters and can reveal how they left behind their distressing start in life after being settled with a loving church-going family.

Speaking exclusively to the Mirror just weeks after the twins started at university where they are studying social sciences, their adoptive mum tells how “her babies” have flourished.

The proud 56-year-old said: “At times it has been tough, sure it has, but they are our babies and we cannot be more proud of them. They have grown into fine young women, each with their own dreams and ambitions.

“Nothing will hold them back from their goals. From the day they were brought to us they have been raised with unconditional love.

“God blessed them into our care and we are forever grateful.”

The twins’ life is a world away from that of their birth mother, who has yet to find any stability, moving from one home to another and unable to hold down a job.

Tranda was a 28-year-old mother of five when her four-month-old twins were adopted by a couple in San Bernardino, California, called Richard and Vickie Allen.

Eight weeks later she talked the Allens into allowing her one last visit to say a final goodbye to the girls. However, after taking the twins out for the day she never returned.

On December 1, 2000, the Kilshaws arrived in San Diego, 100 miles south, where Wecker introduced them to her infant daughters.

Two days later Vickie Allen’s brother confronted the couple at their hotel and demanded the babies back. The Kilshaws claimed that until that moment they knew nothing of the Allens, and they quickly left the state.

Over the following week they drove with Wecker and her three-year-old daughter to St Louis, Missouri, to get the twins’ birth certificates, then on to Arkansas, where adoptions can be handled in as little as 10 days.

On December 22 the adoption papers were completed during a five-minute hearing. Within a week the Kilshaws had taken the twins – by then renamed Kimberly and Belinda – to their home in Buckley, North Wales.

The seven-bedroom farmhouse was shared with Judith’s younger daughter, their two sons, six dogs, more than a dozen cats, two ferrets, a horse, a pony and two pot-bellied pigs.

As the controversy over the twins’ sale erupted the FBI looked into it in the US while then-Prime Minister Tony Blair vowed to ban such sales.

Eventually Kiara and Keyara, who now live under different names that the Mirror has chosen not to reveal, were returned to the US after the courts removed them from the Kilshaws.

They were flown to their home state of Missouri, where social services had already found a family for the girls.

a person standing posing for the camera © Provided by Trinity Mirror Shared Services Limited Their adoptive father, now 72, said from the home where the twins still happily live: “It was fate.

“I remember seeing them on Good Morning America not long after they were handed over to the British couple.

“I remember thinking to myself what a heartbreaking situation it was.

“My wife was getting ready for work one morning and I was in bed having just retired, and I said, ‘Oh man, look at those cute little girls.’

“Not long after I received a phone call from social services and they said, ‘We’ve got some twin girls and they are overseas. Would you take them? They need a stable home’.

“I felt it was my duty to take them. They brought them straight from the airport to our home and we have never looked back since.”

Most people welcomed the twins into their new surroundings, but after all the controversy not everyone agreed with the move.

Their adoptive father said: “My wife lost some friends over the fact we had taken Kiara and Keyara.

“They thought they should be returned to Tranda, but social services didn’t want that to happen.”

Living in Missouri for the early part of their lives, the girls were shielded from the scandal surrounding their dramatic start in life. Tranda Wecker failed to have any contact with the girls until 2006, when she launched a legal bid to gain access. Their adoptive mother said: “The girls were doing really well at the time.

“They were extremely settled and very happy.”

“They were only six at the time,” said their mum.

“But in truth, we’ve never once hidden the truth from them. They know who they are.” At the time of the contact, Tranda Wecker vowed to get the girls back but, much as she did in 2001, she later turned her back on them again.

“The contact the girls have with Tranda is down to them,” their mum said. But Keyara doesn’t want anything to do with her.”

The twins worked hard throughout school and took an active part in sports there.

For now, the two girls remain living at home with their parents, although they hope next year to move into halls of residence some 30 miles away.

Although identical, the independent girls have grown up to have very different personalities.

Keyara is known to be bubbly and outgoing while Kiara is more reserved and measured.

In one post along with a picture showing the twins when they were around five years old, she wrote: “Back in the day when they were like sugar and spice and everything nice.”

In a touching montage showing the girls at various ages, which she posted to celebrate their 15th birthdays, she wrote: “Today queen one and two turned 15 years old.

A joyful celebration of two lives that could have turned out so differently.