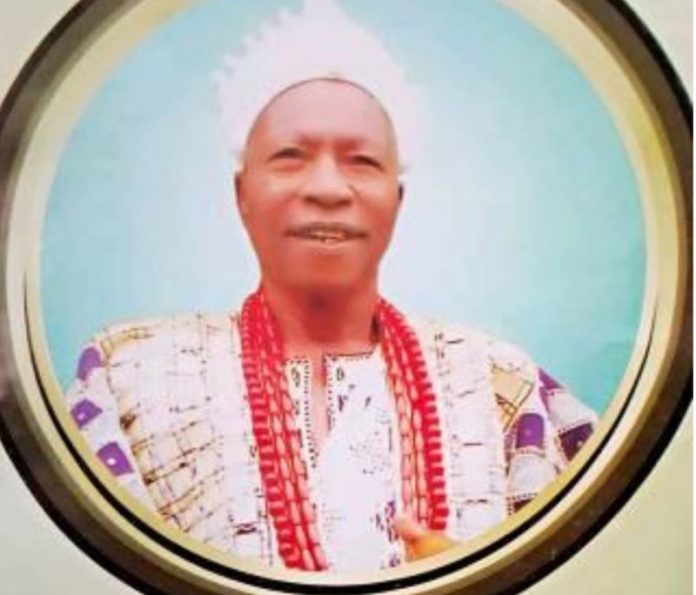 The suspect who allegedly stabbed the traditional ruler of Odo Oro Ekiti, Oba Gbadebo Ogunsakin to death, on Friday confessed to the crime, saying he carried out the act to reclaim the throne.

The News Agency of Nigeria (NAN) reports that the 40-year-old Omonoyi Ademola, who was said to be mentally unstable before the crime, said he never knew the Oba would die.
Omoniyi, who looked unkempt and unremorseful, shocked journalists with his eloquence and spoken English when he was paraded by the state Commissioner of Police, Mr Bello Muhammed, along with 26 other suspects.

He claimed that the late Oba first attacked him when he visited the palace to pass important information to him.

He said that he was told by the spirits and his family that it was the turn of his clan to reign over the community, and based on this information he headed for the palace on the fateful day.

“I never went to the palace with the intention of killing the monarch,’’ according to him.

Omoniyi explained that it was when the Oba heard of the message he brought, that he attacked him, claiming he did not know the monarch would die as a result of his retaliation.
Earlier, the commissioner of police had told journalists that he did not believe Omoniyi was an insane person going by his conduct and actions so far.

According to him, it is illogical to think that a man said to be a mad person would kill a whole Oba with a knife and choose to escape into the bush and later travelled down to Ado Ekiti where he was later arrested.

Muhammed also hinted on the arrest of a number of persons suspected to have links with the recent murder of late Bunmi Ojo, former Personal Assistant to former governor Segun Oni and one-time Commissioner in the Federal Character Commission.

He explained that the alleged killers were not paraded on Friday in order not to jeopardise the efforts to arrest those still at large.

The police boss said that 27 suspects had so far been picked in connection with various crimes in the state, such as murder, cultism and armed robbery.

He listed the suspects to include 16 cultists, seven murder suspects and four armed robbery suspects.

However, he appealed to residents to continue to partner with the command in its bid to rid the state of crimes.