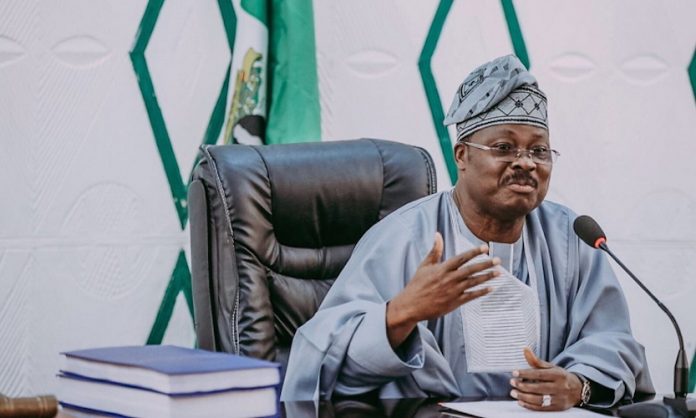 The Freelance and Independent Broadcasters Association of Nigeria (FIBAN) was shocked with the decision of the agents of the Oyo State government to demolish the Music House which houses Fresh FM, a model in digital broadcasting in Nigeria.

Having personally interacted with both the Management of Fresh FM and key members of the Oyo State Government, it was quite obvious that the contending issues does not warrant any form of demolition but reguralisation, as affirmed in a statement issued by the Oyo State Commissioner for Information.

The decision of the government to issue a three day demolition notice, ignore the interventions and pleas of some highly placed individuals and coupled with the pulling down of the building in the wee hours of the day gives credence to the claim of the management of the station that it was politically motivated and done in bad faith.

To this extent, we view the action of government as a show of unnecessary ego, abuse of office and an affront against the media by a government that has only nine months left in office. This action is another attempt to gag the media, intimidate media owners, influence the station’s contents and pressurise practitioners into doing their bidding or practically frustrate media practitioners.

We will like to remind the leadership of the various tiers of government that they are beneficiaries of the sacrifices of media practitioners who were at the vanguard of the enthronement of democracy in Nigeria. When many of them were in the comfort of their home, media practitioners were at the trenches fighting for the liberation of Nigeria. Some of us paid the supreme price. Let it be known that we remain committed to the discharge of our constitutional responsibility and no amount of intimidation can stop us.

The current onslaught against the media is the height of ingratitude and tantamount to declaring war against those that laboured for what they are enjoying today. If we fought the military and won, our victory this time is certain.

We will fight back in our own way, with every strength in us, with every of our platforms and all legitimate mechanisms. We affirm that content is the exclusive right of the station and the only government agency that is vest with the responsibility of interpreting the Broadcast Code is the National Broadcasting Commission and not the Oyo State Government or any of her agencies. We standby the management of the station with regards to their decision to resist unnecessary influence in their programming.

Considering the unquantifiable contributions of Fresh FM to the socio-economic development of Oyo State in particular and Nigeria in general, this is obviously one of the most insensitive, unpopular and anti -masses decisions made by the Ajimobi led administration.

Finally, we appreciate Nigerians for rising against the oppression of a media organisation perceived as playing the role of “the voice of the voiceless” under a tyrannical administration that has since lost its popularity and goodwill among the people.