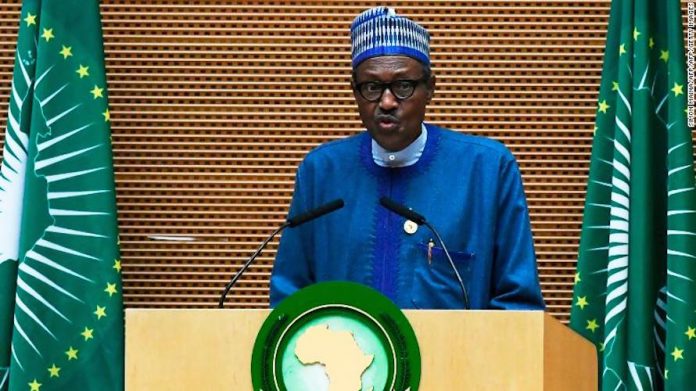 (CNN)Escalating conflict between herdsmen and farmers in Nigeria is “six times deadlier” than Boko Haram-related attacks this year, posing a great threat to the country’s stability, the International Crisis Group (ICG) said in a report.

As many as 1,300 Nigerians have died since January in a wave of violent killings that has swept the country’s central states, according to the think-tank, which has documented the death toll arising from conflicts in the country.

Boko Haram fighters have waged a decade-long war in Nigeria’s north using calculated attacks that have killed thousands and displaced millions internally.
But in its report released Thursday, the ICG said the escalating pastoral conflict in Nigeria’s Middle Belt — largely due to land-use disputes — is worse than attacks this year by Boko Haram, whose fighters have bombed mosques, markets and public places in the northeast.

Roughly 30,000 Nigerians have fled their homes in affected states, the group said, adding that incessant attacks in Nigeria’s central region have placed a heavier burden on the military and security agencies, who should be countering the Boko Haram insurgency in the north.

“It has displaced hundreds of thousands and sharpened ethnic, regional and religious polarization. It threatens to become even deadlier and could affect forthcoming elections and undermine national stability.”

Violence between the Fulani herdsmen, who are mostly Muslims, and predominantly Christian farmers in the central state dates back to 2013.

But killings by armed herdsmen, believed to be Fulani on farming settlements in central states, have increased this year.

A woman cries as she consoles a widow during a funeral service for people killed in clashes between cattle herders and farmers on January 11, 2018 in Nigeria’s Benue state.

Last month, at least 86 people were killed in a week-long attack in Plateau State and 72 people died in a New Year’s Day massacre in January after the implementation of anti-grazing laws in Benue State.

The ICG says three things have worsened the crisis: First, environmental challenges in the north have impacted arable lands, forcing herdsmen to encroach on farming settlements in central states.

The new laws banning open grazing in some states and the government’s slow response to militia attacks in the region are the other factors.

“The conflict is fundamentally a land-use contest between farmers and herders across the country’s Middle Belt. It has taken on dangerous religious and ethnic dimensions,” the ICG said in the report.

The think-tank said though the government has deployed military troops and other security personnel to calm the violence in central states, the efforts were not enough to stop the killings.

The government needs to “prosecute perpetrators of violence, disarm ethnic militias and local vigilantes,” the ICG stated in the report, in addition to implementing long-term herding reforms in the region.

CNN could not immediately reach the government’s spokesman for a comment.

The ability of Nigerian President Muhammadu Buhari to stop the killings will play a significant role in the country’s 2019 general elections, the report said.

Buhari, who is ethnically linked to Fulani herdsmen, has faced criticism for his perceived silence over the attacks.

The President was summoned by Nigeria’s Senate to explain security strategies needed to tackle the spate of killings in the Middle Belt.

But Buhari, who has visited affected states to commiserate with those involved in the conflict, said he could not be blamed for the actions of herdsmen suspected to have carried out the killings.

He argued that his administration has made “notable successes” in tackling security challenges in the country.